How to recognize a good plant

In the Sept. 29 edition, I wrote about new regulations taking effect next year from the Department of Environmental Conservation that prohibit and restrict certain invasive species. Among the 69 prohibited plants and the six restricted plants are some popular species that can be found in the landscapes of many homes and buildings around Philipstown. While someone might take offense at not being able to plant Japanese barberry any more, there are alternatives.

It’s not surprising that the qualities that made these non-native species attractive for import and sale are the very reasons the plants have now jumped the fence into nuisance state or “biological pollution” as they’re referred to in the DEC’s regulations. The plants are hardy, easily grown, low maintenance, and bear some ornamental value in the view of the person who planted them originally. Deer-resistant is a given, as well, otherwise the plant wouldn’t have made it to the point where it could become aggressive here. 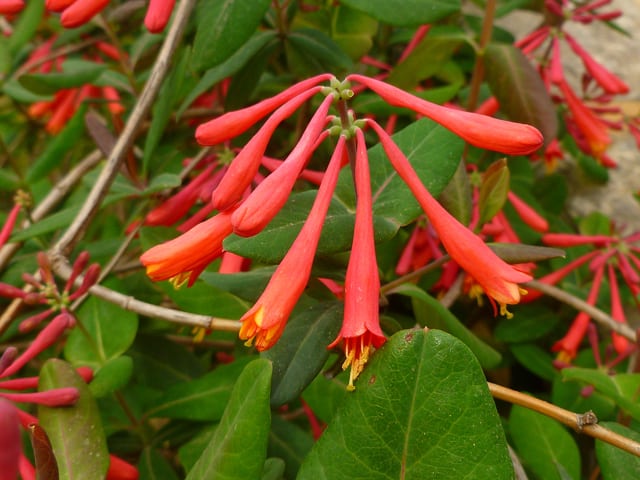 What triggers each plant to go rogue is different and depends on its circumstances, but each one lacks a control that is present in its native situation that we don’t have here. It may be a predator in its native country, like an insect, or a habitat with other plants that won’t be pushed out to keep it in check in its native environment. Once it’s let loose in a new setting, how it will behave is anyone’s guess.

What these prohibited and regulated plants have in common is their impact on our landscape, though. They are threats because they crowd out native plants that play a role in the environment and they typically create monocultures, destroying our biodiversity. Whether we install these plants in our own yards out of ignorance, disregard or bad advice doesn’t matter because the consequences are the same. It’s possible to make other choices, though, that can add the same value to the landscape without contributing to the devastation of our biodiversity and native plants.

There are two useful guides that can be accessed online with suggestions and recommendations. The New York Botanical Garden maintains one on their website and another from a Cornell Cooperative Extension author is available on the New York Invasive Species Clearinghouse website. Both have some of the same suggestions and list popular invasive plants that are commonly used in landscaping.

Instead of the prohibited honeysuckles Japanese, amur, Morrow’s or tartian, Lonicera japonica, maackii, morrowii and tatarica, which are all non-native shrubs that flower and are hardy here, try the wonderful native Lonicera sempervirens or trumpet honeysuckle. It’s a fast-growing vine with tube-shaped flowers that attracts hummingbirds and grows in similar conditions as the invasive honeysuckles. Other alternatives that are native to the U.S. are listed in the Cornell guide, including Philadelphus or mockorange, which can be pruned to shape and has very few pests.

When it comes to what is commonly called burning bush, it’s the cultivar of Euonymus that matters. Euonymus alatus and Euonymus fortuneim or winter creeper are regulated, which means planting them is discouraged and commercial sales will have warning labels.

There are several native Euonymus, look for them by their proper names to avoid confusion. Euonymus americanus, Euonymus atropurpureus and Euonymus obovatus are all natives that have been browsed heavily by deer in the forests and could use some love in the landscape, just be sure to protect them with fencing or spray. Other native shrubs Itea virginica or Virginia sweetspire and Aronia arbutifolia or red chokeberry are good replacements, too. Both have similar qualities that will satisfy a burning bush fan.

While it’s fun and enjoyable to browse a landscape center for the thrill of discovering a new plant, know what you’re getting and that it isn’t going to put the environment at risk. Seeking out a desirable plant by its proper Latin name will guarantee that what you refer to as a burning bush and what the sales person refers to are one and the same and you can avoid inadvertently taking home the wrong plant. The online guides I referenced here have many more plants and their alternatives with full information that can lead you to wonderful choices.

To see if your favorite plant is on the DEC’s prohibited or regulated list, check here.