Jan. 21 talk at Butterfield gives a preview of the series

Whether you are looking for a total overhaul in your food consumption leanings, or just more guidance in following an energy-giving, health-conscious diet, Marika Blossfeldt’s “The New Year, New You Wellness Workshop” six-session series aims to give participants starting and continuing points in examining how food choices affect more than just our tastebuds and bellies, but exert a far greater influence: on vitality, energy and even overall happiness.

“Eating the right foods will make us thrive; eating the wrong foods will bring us down,” the workshop notes detail. As a kickoff event for the workshop, Blossfeldt will be offering a free talk titled “Energize Your Body and Mind by Making Smart Food Choices” on Wednesday, Jan. 21, at 6 p.m. at Butterfield Library in Cold Spring. 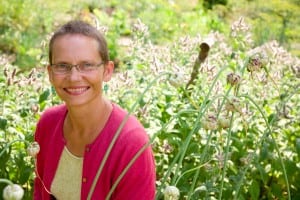 Each of Blossfeldt’s small-group workshop sessions, held in her Beacon home, includes a nourishing food and lifestyle lesson complete with concrete action steps and suggestions for improving well-being. Topics touched upon will include blood-sugar balance, the food-mood connection, the acid/alkaline balance, the need to hydrate, the best food choices for particular body types, fluctuations in mood and concentration, the best oils and fats to use for particular cooking techniques, how to speed up metabolism and, always a challenge, losing weight the healthy way — without extreme dieting, counting calories or deprivation.

One of the sessions will be a hands-on natural foods cooking class, with group preparation of a three-course dinner (dessert definitely included) using fresh, organic local ingredients.

The goal of the sessions, according to Blossfeldt, is to accumulate a collection of small changes done on a regular basis, learn how best to apply them and use them to transform. Homework each week will be to adjust diets just a little, progressively. “Try to move away from processed foods — really look through your pantry,” she said. “Participants typically become more confident about making good food choices. They experience greater vitality, clearer minds and a more positive outlook on life.” 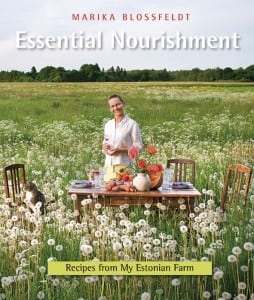 Guiding and teaching participants how to manage their eating habits is a natural evolution for Blossfeldt. Her continuum of professions — fine artist to dancer to Kundalini yoga instructor — have culminated in her nutrition counseling and cookbook creating. All have contributed to her practice today, which includes not only these workshops and two bestselling cookbooks but half the year spent facilitating workshops and retreats at her farm in her native Estonia. “As an artist I enjoyed reinventing myself project by project. To this day, I love incorporating new skills and methods into my work,” she noted.

Blossfeldt’s parents left Estonia when she was a toddler, able to because of her father’s German ancestry, despite the Soviet hold on Estonia. Although she grew up in West Germany, her parents spoke Estonian at home, for which has always been grateful; she has always embraced her heritage.

Always interested in drawing and painting, Blossfeldt studied at the Hochschule der Kunste in Berlin. There, she discovered another art form, dance, at the “late age of 20,” she recalled. Becoming involved in projects with a teacher who spent time in New York City brought Blossfeldt to Manhattan. 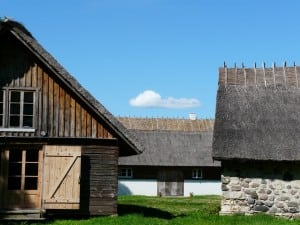 A planned short stay turned into something longer than that, and she proceeded to divide her time between the two cities, finishing up her degree in Berlin and exploring dance forms in New York, where she participated in many off-off-Broadway productions, started choreographing and toured with dance companies around the world.

To support herself, Blossfeldt enjoyed a long stretch of time working in various capacities for La Monte Young, regarded as “the grandfather of American minimalist music,” according to Blossfeldt, and his wife, visual artist Marian Zazeela. “It was really flexible — I could still go off and tour — and a great relationship,” she said.

It was during these years of relative economic stability that Blossfeldt purchased her farm in Estonia. “It was a dream since I was a little girl to have a place in the countryside. With Estonia’s independence in ’91, you were able to purchase farms. I had many friends who had places in the countryside; Estonians have a deep connection to the land. I put ads in the paper looking to buy a complex not more than two hours from the sea, in a beautiful environment. I saw six or seven places, and when I saw this one I had a clear, immediate, recognition that ‘this is the place.’ I feel the spirit of the place welcomed me.” 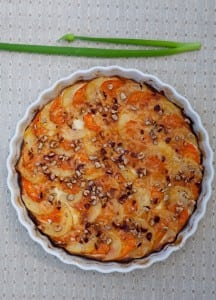 A carrot potato gratin, one of the recipes found in Marika Blossfeldt’s cookbook.

The first summer of activity at the complex, which originally included a stable, hay barn and even a beer house, was in 1999. “We tore down the hay barn and built a new structure, a combination dance/yoga studio. We held a yoga retreat, a reiki retreat and had residencies for visual artists, composers and dancers. Now we have three studios: one for art, one for dance and half of the third we turned into a sauna,” Blossfeldt explained. The complex is now devoted to retreats and workshops, attracting participants from around the world.

Blossfeldt spends about half the year on the farm and the other half in Beacon, to which she and her husband moved six years ago, seeking a respite from city life. Before moving up, Blossfeldt had studied at the Institute of Integrated Nutrition, then located in New York City. “I wanted to have an education in the field of feeding people. This began with my guests in Estonia — trying to find ways of making sure people can be healthy and happy. I’ve always loved to cook.”

Blossfeldt enjoys doing the workshops because she feels people need a time frame to set goals for and in. “It’s good to have a defined period,” she said, “and good to do it as a group, supporting each other. It’s important to hear of other people’s struggles. And there’s so much incorrect information out there, even from people who consider themselves knowledgeable but are not, doctors included. It’s hard for anyone to make sense of it all … Many people never come to a comfortable zone; they’re tired, can’t focus, they’re moody and craving sugar.”

Blossfeldt has authored two cookbooks (both were best-sellers in Estonia). The first, Essential Nourishment: Recipes From My Estonian Farm, is both a nutrition guide and a cookbook, with beautiful images of the recipes it contains.

The second book, published thus far in an Estonian edition, focuses more on health, explaining how to maintain digestive health, strengthen the immune system, cleanse the body and mind, prevent inflammation and achieve weight loss — not by counting calories or dieting, but simply by eating great-tasting, nourishing foods. Essential Nourishment is available through the large online retailers and also at many establishments in Beacon.

So often we reach for food to compensate, console or numb us when our non-food nourishment is lacking or out of balance. But food will never be able to fill that gap, to even out imbalances or undo inadequacies in these vital areas of lives. That is simply not food’s job. While food can sustain and regenerate our bodies, creating a solid base for our health and well-being, it can never solve the shortcomings in our relationships, our work situation, our physical activity level or our spiritual life. However, a nourishing, satisfying and grounding diet can provide just the right amount of support and stability we need to resolve imbalances in these fundamental areas.

The New Year, New You Wellness Workshop will begin on Jan. 29 and last through March 5, and the cost is $327. For detailed information visit marikab.com, call 646-241-8478 or email [email protected]