The first of a series of three chamber music concerts, sponsored posthumously by Gordon Stewart to benefit the Episcopal Church of St. Mary-in-the-Highlands, will take place there on March 1, at 4 p.m.

It was Stewart’s great wish to continue to bring the highest level of musicianship to his own community, and these concerts, unlikely to be repeated, are the culmination of this desire. Several of the musicians who will be performing in these concerts also played in either or both of Stewart’s recent Handel’s Messiah concerts and in the 2012 period-instrument Depot Theatre production of John Gay’s The Beggar’s Opera.

They perform together in the Orchestra of St. Luke’s, the American Classical Orchestra and numerous other ensembles.

Dieffenbach is in demand with New York City’s leading contemporary and baroque ensembles, including the Orchestra of St. Luke’s and the American Classical Orchestra. Kelley is recognized as America’s foremost player of horns of every historical era. Cook has played and recorded with most of the early music groups in the United States. 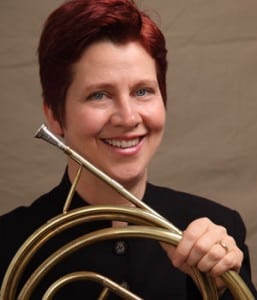 The first concert will include Mozart’s Overture to The Marriage of Figaro and Divertimento No. 17, K. 334, Bartok’s Romanian Folk Dances, the traditional Romanian dance Dobra Dobra and Johann Strauss’ Blue Danube waltzes.

According to John Feeney, the Serenade Orchestra’s configuration of instruments was the “most popular small ensemble for playing the social music of late 18th- and early 19th-century Vienna and was most commonly utilized for the socially oriented chamber music of the late 18th century and early 19th century. Mozart, Joseph and Michael Haydn, Sperger, Lanner, Strauss, Schubert and so many more prized the unique rhythmic punctuation, range, clarity and resonance of the double bass as the sole stringed basso instrument in this music.

“We specialize in the divertimenti, cassations, marches, waltzes and, of course, serenades that were an integral part of the vibrant music-making from Mozart and Haydn’s day and beyond. This music was often performed outdoors, the standing musicians playing an introductory march as they approached the destination where they had been hired to provide music for festive gatherings of all types. We perform with the same historical instruments originally used to play this music, imbuing it with warmth and intimacy of expression.”

The second program, on May 17, will be performed by the Serenade Quartet (two violins, viola and bass) — the nucleus of the Serenade Orchestra, along with special guest Rachel Evans on viola.

The third program, on June 14, will feature solo string music by Johann Sebastian Bach performed by Krista Feeney, violin; Evans, viola; and John Feeney, bass, joining in for a trio.

Stewart asked John and Krista Feeney and Evans to come to his home last August. There, he informed them of the gravity of his illness and told them that he would like to present a series of three concerts over the course of the ensuing year.

“He said he saw this series as his ‘secret’ — something giving him great pleasure,” Krista Feeney related. “It was very, very moving and also a happy meeting, at the same time.” Stewart asked John Feeney to put the first two concerts together, and requested the same of Evans for the third.

John Feeney and Stewart developed a close personal and musical relationship during the last few years of Stewart’s life (he passed away last November). The admiration, which developed on both sides, was an impetus for these concerts. Stewart, according to Krista Feeney, “didn’t know whether he’d be able to hear these concerts. He wanted to make sure that John would be there.”

Feeney described Stewart as “a man possessed of a great social conscience. He judged things from a pure and completely personal vantage point. He believed in things because the truth in them resonated within him. His eyes, ears and intellect were open and untainted by prejudice of any kind.

“When he heard of the true history of the double bass in classical music — a history that had been denied him and all others for more than 150 years — he was intrigued, to say the least. After revealing to him the wealth of recently uncovered truths revealing the history of tampering with the scoring of the great composers’ music by editors and wayward historians, he was ‘all on’ for shedding light where darkness has been.”

Evans expanded on this: “Though we think of string quartets as two violins, two violas and a cello, originally many early quartets were published with bass rather than cello. Little by little cello took over. One of the benefits to this original orchestration is that the viola is heard more clearly. The viola, compared to the violin and cello, is actually small relative to its string length. It was cut down so it could be held in a typical arm length, but that means it loses some of its brilliance and power and can be covered by the cello’s overtones.

“A special feature of the configuration of this group is that the pitch distance between the bass and viola makes ‘space’ to give the ear access to the viola’s full acoustic properties. Gordon felt a kinship with John in John’s pursuit of the true place for bass in early classical music. Gordon had a deep love and respect for both John’s scholarship and his masterful playing. Gordon felt deeply moved to give this community John and Krista’s brilliance.”

Krista Feeney noted: “It’s especially meaningful that we’re doing this series together with Rachel. The combination of Rachel and John made Gordon feel everything would be all right.”

John Feeney, in turn, had this to say about Stewart and, following on from that, these concerts: “We are in awe of Gordon — astounded by his vision, his generosity and drive. He wanted to hear this great music played the way the composers intended it, and made sure that it would be. We will keep Gordon in our hearts and St. Mary’s will resonate with this music due to Gordon Stewart’s vision, heart and generosity.”

General admission tickets cost $20 and are available at brownpapertickets.com. Supporter tickets at $100 and sponsor tickets at $250 include preferred seating and acknowledgement in the program and can be purchased by mailing a check to St. Mary’s, 1 Chestnut St., Cold Spring, NY 10516.

A chess game with death

At the gathering where Gordon Stewart told musicians Rachel Evans, Krista Feeney and John Feeney of the gravity of his illness and presented them with the idea for these concerts, he spoke of the Ingmar Bergman film The Seventh Seal as his inspiration for them.

He described a particular scene in which a medieval knight plays a chess game with a death figure, related by Krista Feeney in this description:

“At one point it’s clear that Death is winning. The knight smiles, and Death asks him: ‘Why do you look so pleased?’

“The knight says, ‘That’s my secret.’

“After a little more conversation it was clear that the knight was stretching out the game. Death is confused because the knight is enjoying himself. The knight laughs and says, ‘Our game amuses me. It will take its time.’

“The movie inspired him. The way he wanted to deal with his own chess game with death was to have a secret. For Gordon these concerts were his secret. He had a look of glee on his face, like a little kid, telling us this story.”