Actors From the London Stage is one of the oldest touring Shakespeare theater companies in the world, and they will be performing Macbeth at Vassar College Feb. 26–28.

The company has an innovative approach: Five actors perform all the parts in the play, each handling multiple roles. The group tours approximately 16 to 20 colleges and universities each year with the goal of making Shakespeare exciting and accessible to new audiences. 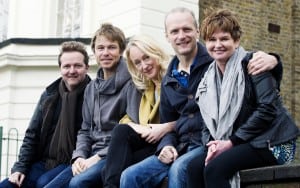 Actors From the London Stage

The performances at Vassar are free and open the public. Each show begins at 8 p.m. in the Martel Theater of the Vogelstein Center for Drama and Film. Reservations are required. Contact [email protected] or 845-437-5599 to reserve.

Actors From the London Stage performers hail from such stages as the Royal Shakespeare Company and Shakespeare’s Globe Theatre.

For information about accessibility at and directions to Vassar’s campus, visit vassar.edu.