The Knights of Columbus Loretto Council No. 536 sent eight boys and girls to the District 54 Free-Throw Competition, which was held on Feb. 14 at St. Mary’s School Gym in Fishkill, and four of them came home winners. 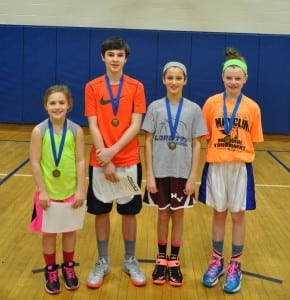 Each winner in the district competition was presented a medal by the district deputy Nick Longo. The winners of the regional competition will advance to the Downstate Regional Tournament to be held in late March.

Dan Dillon is the Free-Throw Program Coordinator for the Knights of Columbus.