Four performances over three days a feast for music devotées

The acoustically blessed Depot Theatre has, over time, played host to most performing arts forms, its small space graced by actors, dancers, vocalists, writers reading their work, filmmakers and musicians of multiple musical genres. Classical music has been heard there, fleetingly, from time to time, in the occasional chamber music or solo recital and, most recently, in the 2012 production of John Gay’s The Beggar’s Opera.

With yearly weekends devoted to one-act play festivals, classical music devotees with connections to the Depot suggested that the profile of classical music in this area be raised with a weekend similarly filled with this musical form. The result is just that — four individual programs, over the course of Friday to Sunday, March 13.

Claudio Marzollo, former president of the Depot Theatre board, and an advocate of this collection of performances, explained:

The Depot Theater has long been associated in the minds of Philipstown residents with community theater, film, popular music and, of course, our lively children’s theater offerings. One area we have not fully explored in the past, however, has been classical music. That is now being corrected.

We are very fortunate that we live so close to the country’s cultural capital and can benefit from its wealth of talent. With a blend of talented locals and New York City imports, the Depot Theatre is offering a weekend of classical music, ranging from piano to opera to chamber music to a master class. We hope that this series, which will feature artists of the highest professional standards, will be the start of a long and productive succession of great classical music at the theater. 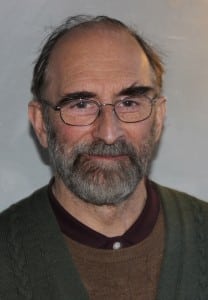 Michael Musgrave (Photo by A. Rooney)

Speaking of this inaugural programming, current Depot board member Gretchen Dykstra noted, “I think one of the beauties of the Depot is that it taps such extraordinary local talent to deliver first-rate performances in the 60-seat theater, and these four should make a fun collective portrait of that reality.”

To kick off the proceedings, pianist, scholar, Juilliard professor and part-time Philipstown resident Michael Musgrave will perform a concert, From Bach to Brahms, on Friday, March 13, at 8 p.m. The following day, he will conduct an afternoon master class for piano, with an emphasis on performance, for three young pianists currently studying at Bard, New Paltz and Vassar.

On Saturday, March 14, at 7 p.m., Philipstown’s Bente Strong, an opera patron and singer herself, will host a Young Artists’ Evening of Opera, Lieder, and More, featuring esteemed singing teacher and vocal coach Gerald Martin Moore, who has worked closely with Renée Fleming for many years.

Moore will accompany a group of emerging young singers — many of them prizewinners of major international opera competitions — as they perform arias and ensembles by an assortment of composers, including Strauss, Verdi, Puccini and Bernstein. Strong is especially pleased that Moore is at the center of the evening: “It’s critical to have an accompanist who has a sense of phrasing and breathing; he’s just phenomenal,” she said.

The concert series will conclude on Sunday, March 15, at 4 p.m., with a performance by Trio Jardin, consisting of Rachel Evans on violin and viola, Joy Plaisted on harp and Andrew Bolotowsky on flute.

The range of compositions to be played, including works by Arvo Pärt, Vaughn Williams and Gabriel Fauré, is likened by Evans to a “trip to a botanical garden for the listener. The pieces cover a range of expressions from timelessness and expansion to dances and exuberance.”

A Q-and-A With Rachel Evans