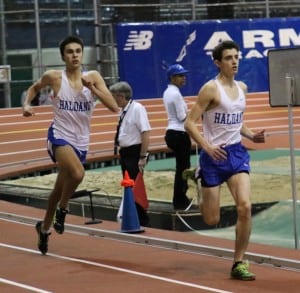 On Sunday evening, Feb. 22, six Haldane track and field athletes headed down to the New Balance Track and Field Center at the Armory in New York City to compete in New York state qualifying meets.