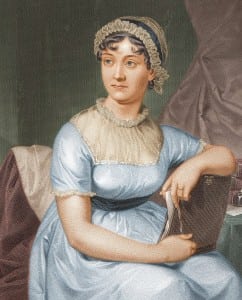 Thirteenth-century priest and scholar St. Thomas Aquinas, and 18th-century novelist Jane Austen were born 550 years apart, but according to Brother Aquinas Beale, they have much more in common than one might think.

“Pursuing Happiness: Jane Austen and Thomas Aquinas in Dialogue on Life’s Ultimate Goal” will take place on March 9 at 7 p.m. at Mount Saint Mary College’s Dominican Center, 330 Powell Ave. in Newburgh. The talk is free and open to the public.

According to presenter Beale, some see Austen’s novels as “full of silliness and romance … the rightful property of young women fixated upon a bygone era … with hardly any serious merit.” And yet, the novels remain popular with readers of a wide range of tastes.

Perhaps the remarkable staying power of Austin’s works, says Beale, lies in her ability to portray the various faces of human nature. In a manner strikingly similar to the teaching of St. Thomas Aquinas, Austen structures the lives of her characters according to the ends that they wish to achieve and the choices they make in achieving those ends.

“In the eyes of both Austen and Aquinas, the pursuit of happiness provides the basic shape for people’s lives,” Beale reveals. “Consequently, one may not need only to search in scholastic textbooks and manuals in order to discover the secret to living a good and Christian life: One could also open the cover of Pride and Prejudice.”