Every successful community, every village or town that is a good place to live, has effective leaders, both official and unofficial, as well as a good number of exemplary citizens. In the eyes of virtually everyone who knew her, Betty Budney was all three. Budney, age 82, passed away on Monday, March 2. Her legacy will be difficult, if not impossible, to duplicate. 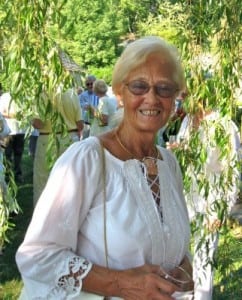 Budney wore many hats in her lifetime, each of which seemed to fit her perfectly, and all of which benefitted the residents of Philipstown. One of her best known roles was as the first woman elected to the Philipstown Town Board, a position she held for 24 years until her retirement a little more than a year ago – and only then due to health concerns.

Town Supervisor Richard Shea summed up what much of the community is feeling in the wake of Budney’s passing. “The Town Board is heartbroken,” he said. “She taught me a lot but not by teaching directly. I learned by watching her.” He said one of the best lessons Budney passed on was simply in how she dealt with people. “She taught us how to treat fellow board members and the public with respect. She always had such grace in dealing with people.”

Budney may represent a fast-disappearing generation of politicians who embodied civility when even at the local level, animosity has become all too common in politics. Shea said of her Town Board career: “With Betty there were never any ‘gotcha moments.’ She never took things personally.”

To Shea, Budney was a doer. “She was a real nuts-and-bolts person who would get the job done,” he said. “She took on jobs such as the whole 911 project — driving town roads to ensure that every address was covered.”

He experienced the boundless energy Budney was known for firsthand. “During Richard’s first run for office Betty took him around to every house in Philipstown. She ran him ragged!” Shea’s wife Karen told The Paper.

Budney served as liaison between the Town Board and the Highway and Recycling Departments for several years. Highway Superintendent Roger Chirico has fond memories — and appreciated her style. “She’d come and sit and just talk to me sometimes. You don’t see that much anymore,” he said. “And she always thanked the workers. She was well liked. She had a way about her that would just get the job done.”

“Throughout your life, you meet a few remarkable individuals like Betty Budney. [She] cared deeply for this community and had an extraordinary passion for serving others,” said Rep. Sean Patrick Maloney. “As a trailblazer, selfless public servant and friend to all, she will truly be missed.”

Garrison resident and businessman David Lilburne knew Budney through another of her prominent community contributions — her involvement in the Cold Spring Lions Club. She was one of the first women to join that organization as well. “Betty became my mentor and role model, always encouraging me to do more, and always leading by example,” Lilburne said. “Needless to say, I could never keep up! Her energy was boundless.” 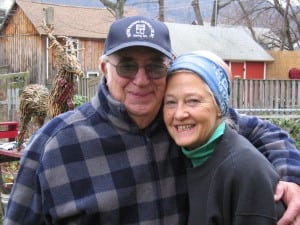 Budney established the “Children’s Wish List,” a program through which the Lions Club distributes food and gifts to those in need each year just prior to Christmas. “She organized food donations, financial contributions, volunteers, funds for special gift requests — all while maintaining anonymity for the recipients,” Lilburne said. Budney worked as front end manager and bookkeeper at Grand Union, now Foodtown, for 38 years, a position Lilburne said was ideal in helping her understand who needed help.

Fittingly, in lieu of flowers, her family asked that any donations be made to the Betty Budney Christmas Wish List c/o Cold Spring Lions Club, P.O. Box 308, Cold Spring, NY 10516.

How life should be lived

Cold Spring Mayor Ralph Falloon struggled to find words to describe what he is feeling. “We lost a truly amazing woman this week. Betty was a dedicated wife, mother, grandmother and great- grandmother. She served the community selflessly … and was involved in as many community groups and charities as she could manage,” he said. “I don’t believe you will ever find another person with the ability to touch so many lives with the passion, desire and drive as she did. I will forever be grateful to Betty and her family for setting the example of how life is supposed to be led.”

Nancy Montgomery is now deputy supervisor and served on the Philipstown Town Board with Budney. “Betty taught me to roll with it. When we faced contentious issues [such as] the revised zoning code [and] we were all under an incredible amount of scrutiny, I would look over at her and think, wow, how is she looking so calm and beautiful throughout this challenge?” Montgomery remembered. “Every decision Betty made was done with an unparalleled expertise and skill for civic duty … and a genuine love for the people and landscape of Philipstown.” 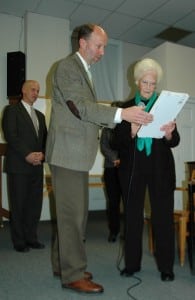 Montgomery’s admiration of Budney has been lifelong. “Betty was always in my life. Growing up, it was the Foreman Road lawn parties at her sister Elaine’s, or a warm greeting at the Grand Union,” she said. “She always took an interest and made me feel special. I learned later that she made everyone feel special.”

Lifelong bonds are not uncommon in small communities. “I’ve known Betty all of my life,” Tina Merando, Philipstown town clerk, said. “I worked with her since 1993 and she continually amazed me with her love for this community and its residents. She worked tirelessly serving the public and volunteering, making a difference that set an example for all of us to follow.”

The affection the community has felt for Budney is not limited to lifelong residents. Maryjo Mullan and her husband Dean Johnston moved onto Church Street just five years ago. “We quickly learned that the Budneys were not just great neighbors … but wonderful community members, too,” Mullan said. “When I think of Betty, I think ‘forward motion.’ Such high energy — on her way to a community meeting, a volunteer activity, a hospital visit, a family gathering … and always with that beautiful smile and a wave.”

Garrison resident Stacy Labriola recalled that when she moved to the area 20 years ago, “it must have been weird to see all these new faces moving up to Philipstown from other areas … but Betty couldn’t have been nicer to me and my family,” she said. “Every time I turned around there she was doing something for someone or some cause.” Labriola has one memory that stands out — of Budney giving her musical career a boost.

Soon after Labriola formed Motherlode, the trio performed at the Cold Spring bandstand as part of the Summer Sunset Music Series. They had just put out their first CD. “I’ll never forget Betty out in the crowd. She was practically shaking everybody down to buy a CD! We sold 1,000 in the first week … I’m pretty sure that was Betty’s doing!”

Leadership by example, selflessness, community service, energy, kindness and generosity of spirit were Betty Budney’s trademarks. Of the countless tributes being paid to her, two brief comments by Labriola and Shea perhaps come closest to capturing why she has meant so much to so many over such a long period of time. “Everyone who met her was better for it,” Shea said. “Betty Budney was a champion of humanity,” Labriola concluded.