What are the odds of films connected with two local households gaining acceptance into the estimable Tribeca Film Festival (TFF) in the same year? Even acknowledging Philipstown’s roster of top-flight creative citizenry, those odds are slim. Yet the selections for this year’s festival include such a pair, with Cold Spring’s Ivy Meeropol and Charlie Plummer attached to films premiering at Tribeca.

Documentary filmmaker Meeropol, whose community involvement extends to co-founding the Sunset Reading Series at the Chapel Restoration, and who serves as a member of the Depot Docs selection committee, will have her newest documentary, Indian Point, which she wrote and directed, shown in the World Documentary Feature Competition. An earlier film of Meeropol’s, Heir to an Execution, was shown at the 2004 TFF. 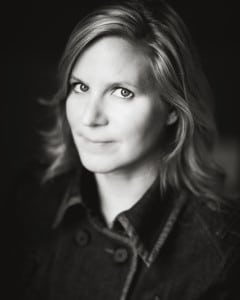 A large contingent of female filmmakers will have feature films in this year’s festival (33 percent, a TFF record).

Meeropol described Indian Point as a “feature documentary film about one of the most controversial nuclear power plants in the U.S., located just 35 miles from Times Square in New York City.” She said the story is told from the inside and out, and from all sides, and that “the plant becomes a microcosm from which we can better understand the impact of the events in Fukushima, the role of the Nuclear Regulatory Commission and the issues that will determine the future of nuclear power in the U.S. and the world.”

Meeropol was “thrilled to be invited” to Tribeca. “Most of my crew and all but one of my key subjects are New York–based, so having them at the premiere and subsequent screenings and Q-and-A’s is a wonderful bonus to launching the film at a major festival like Tribeca.” 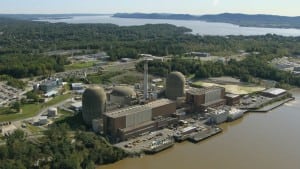 Right after its showing at TFF, Meeropol will be heading to Toronto, where it will screen three times at the revered all-documentary HotDocs Festival. “We have not sold any of the theatrical, cable or other distribution rights so our hopes out of the festival(s) are to find a home on television for the film and possibly a theatrical run, too. We hope to show it at other festivals around the country and the world, too,” Meeropol explained.

Showtimes and locations for screenings on April 17, 19, 22 and 24 are posted at the Tribeca Film Festival website. Tickets go on sale on March 31.

Charlie Plummer, 15, is the lead actor in the feature film King Jack, which will be shown four times in the Viewpoints section. The category features 27 films, a mix of narrative and documentary films from 12 countries, all centered on the theme of identity. 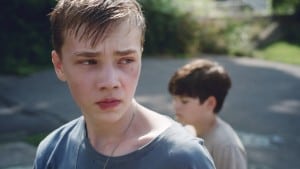 Charlie Plummer, left, and Cory Nichols in a scene from ”King Jack” (Photo by Brandon Root)

Plummer lives in Cold Spring when not residing in Salt Lake City, Utah, where he has finished filming the third season of the ’60s spy drama Granite Flats, working alongside such notables as “indie queen” actress Parker Posey and Back to the Future’s Christopher Lloyd, as well as his mother, Maia Guest. His father, John Plummer, wrote the entire season. In the early stages of his career (meaning about five or six years ago) — he could be seen learning his craft in many a Depot Theatre production.

Afterward, the casting director called to say that Plummer was her first choice, but that due to the size of the role and the intensity of the shooting schedule (Jack is in nearly every minute of the film), Thompson wanted to spend some time with Plummer to get to know him. They played basketball, walked around the West Village and had a long lunch. Shortly thereafter, Plummer got the call that he would be playing Jack.

King Jack was shot in Kingston, New York, with a few days in Hudson in the summer of 2014. Its TFF description reads: “Jack is a scrappy 15-year-old kid stuck in a run-down small town. Trapped in a violent feud with a cruel older bully and facing another bout of summer school, Jack’s got all the problems he can handle. Set over a hazy summer weekend, King Jack is a tough and tender coming-of-age story about friendship and finding happiness in rough surroundings.”

Showtimes and locations for April 17, 18, 19 and 24 screenings are listed on the Tribeca Film Festival website; tickets go on sale March 31.