The Desmond-Fish Library will host New York Times bestselling author Allison Pataki and independent filmmaker Beatrice Copeland for Coffee and Conversation with the Artists on April 10 at 11 a.m.

Pataki will discuss and sign her historical novel The Accidental Empress, which debuted at No. 7 on The New York Times bestseller list in February. The book follows the turbulent and romantic life of “Sisi,” the Austro-Hungarian empress and wife of Emperor Franz Joseph, ruler of the Habsburg Empire. Pataki is also the author of the historical novel The Traitor’s Wife. The daughter of former Gov. George E. Pataki, she grew up in the Hudson River Valley. She is a regular contributor to The Huffington Post and FoxNews.com and lives in Chicago with her husband. 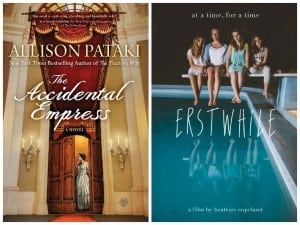 Copeland will screen her short film Erstwhile, which has recently been accepted to the Cannes Film Festival (Short Film Corner). The film, which was shot entirely in Garrison, focuses on four sisters and the last night they spend together before the eldest goes to college. Copeland is an independent filmmaker living and working in New York. In January, she directed Evergreen, another short film shot in Cold Spring, involving 25 local kids and over 60 Christmas trees. She is currently a field producer on a new A&E docu-series being shot in NYC.

This free event is open to the public. The Desmond-Fish Library is located at the corner of Route 9D and Route 403 in Garrison. For more information, call the library at 845-424-3020 or visit desmondfishlibrary.org.