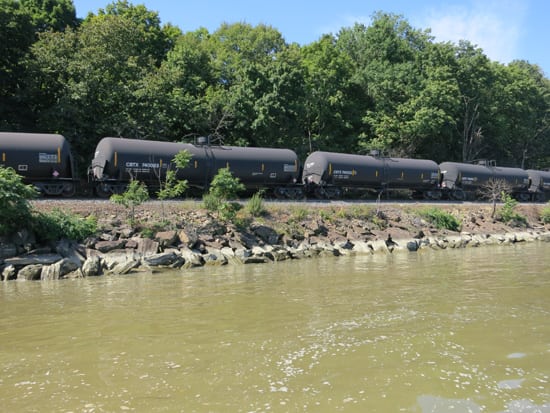 The Beacon Sloop Club Winter Lecture Series continues on Thursday, April 9, with “Bomb Trains, Pipelines, and Tankers, Crude Oil Transport on the Hudson River” with Riverkeeper’s Jeremy Cherson, who will discuss the risks posed by crude oil transport in the Hudson Valley.

All three transportation methods, what is being called by industry a “virtual pipeline,” could affect our communities and environmental resources. Spills, explosions and fires — some resulting in the catastrophic loss of life — have occurred elsewhere on this virtual pipeline. Further, proposed Hudson River oil facility expansions and the proposed development of a regional pipeline could increase the transport of crude oil locally by as much as 3.8 billion gallons annually.

This free event will be held at the Beacon Sloop Club, 2 Flynn Drive in Beacon, (adjacent to the harbor). Attendees can learn what to do to encourage further action to insure the safety of citizens and our environment. In the event of inclement weather, check the website at beaconsloopclub.org. For further information, call 845-463-4660 or 914-879-1082.

What Type of Story is This?
News Based on facts, either observed and verified directly by the reporter, or reported and verified from knowledgeable sources.
See explanation.

One thought on “Talk on Transport of Crude Oil April 9”