Should Cold Spring have its own police department, and is the current model the most cost effective? Those questions, raised in the run-up to the recent village election, may soon take center stage, though outgoing Mayor Ralph Falloon and Mayor-elect Dave Merandy have both said they believe keeping the Cold Spring Police Department (CSPD) is less costly than having the Putnam County Sheriff’s Department provide police protection.

At the same time, Putnam County is examining the feasibility of consolidating local police forces after Town of Carmel trustees indicated that the cost of operating independent police forces has become unsustainable. The answers, or at least other options, may lie somewhere in between — and in other nearby communities. 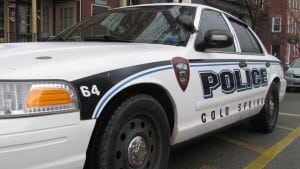 Police spending is greater in the Town of Kent, which employs a full-time force consisting of one lieutenant, four sergeants, three detectives, 11 police officers, one canine officer and five dispatchers. With a population of more than 13,000 and annual spending of more than $3.6 million, the cost of police protection is about $271 per resident. Like Cold Spring, officers are on duty 24 hours a day.

More meaningful comparisons, and possible alternative approaches, may be drawn from the villages of Fishkill, Millbrook and Rhinebeck.

What other villages spend

The Village of Fishkill employs 25 part-time police officers in a department administered by a civilian commissioner. With a population of 2,171 and spending of just over $609,000, the annual cost of police protection per resident is about $280. The Town of Fishkill provides police coverage between midnight and 6 a.m. from Sunday through Wednesday at no cost to the village.

In the Village of Millbrook, population 1,452, the annual cost of police protection is slightly less than $69 per resident. In recent years Millbrook reduced the number of part-time officers from 14 in 1997 to just five in 2015. Total spending is now $99,620, with officers paid $18.25 per hour. The officer-in-charge earns $18.50 per hour. No night shift is employed, however officers may be on call.

During summer months, coverage is expanded with an officer on duty until 1 a.m. A spokesman for the department told The Paper that in 2015 the village will hire Dutchess County sheriff’s deputies for the first time, but only to assist at special events. 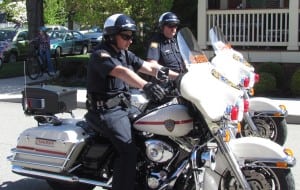 Putnam County sheriff’s deputies visit Cold Spring regularly and work out of a substation in Nelsonville.

The Village of Rhinebeck presents an interesting hybrid. Police protection costs $444,700, however the village receives approximately $45,000 per year for policing it provides to the Town of Rhinebeck, which has no police department. The result is that with a population of 2,657, the net cost of police protection per resident is about $150.

Like Millbrook, officers are not on duty overnight. New York State Police and Dutchess County sheriff’s deputies cover the village between 11 p.m. and 7 a.m., at no cost to the village. Rhinebeck employs 11 part-time officers.

While these small communities may present alternatives in evaluating the future of the CSPD, it seems trustees will also have to at least consider a potential partnership with the Putnam County Sheriff’s Department. If the village were required to purchase the sheriff’s services outright, costs could very well increase, as both Merandy and Falloon fear. A first-year deputy currently earns about $67,000 in annual salary and benefits, and for a five-year veteran that cost increases to about $120,000.

When The Paper asked Putnam County Finance Commissioner Bill Carlin what Cold Spring might expect to pay to have the sheriff provide police services, he said: “There is no easy answer. That would all have to be negotiated.” At one end of the spectrum is the high cost of deputies along with potential additional support costs. At the other end is the Town of Putnam Valley, which has no police force but is patrolled by the Putnam County sheriff. Carlin said Putnam Valley pays no fee for that service. The cost is born as part of the Putnam County budget.

Cost is not the only factor. Falloon has expressed concern about loss of local control over how Cold Spring is policed, should the sheriff take over law enforcement. Currently a CSPD officer patrols the village 24 hours a day, seven days a week, 365 days a year. Would residents accept sheriff’s patrols that would likely be less frequent, even with a substation located nearby in Nelsonville?

Current productivity levels of the CSPD would also likely have to be discussed. The Paper examined monthly reports to the Village Board from Officer-in-Charge George Kane between December 2012 and January 2015. The reports have varied in format, and on occasion no report was presented. Reports were generally treated mainly as a “note and file” item by the board with little discussion other than occasional comments regarding the number of parking tickets issued. 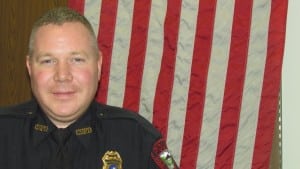 A few months ago, detailed spreadsheets gave way to brief summaries. Even when the detailed format was used, no breakdown of police activity by shift was given, making meaningful analysis more difficult.

Sheriff Donald Smith likes to point out that Putnam is the safest county in New York state, and village officials will need to consider the potential effect of any change in local police coverage. If change can cut costs while keeping Cold Spring just as safe, there is no shortage of capital projects that could benefit from funds shifted from the CSPD budget.

As always, there are options, and the new board will have at least three to consider: stick with the status quo, including current spending levels and 24-hour local policing; negotiate a deal with the Putnam County sheriff that may or may not save money while resulting in loss of local control; or borrow from what other villages have done and keep a CSPD but provide less than 24-hour coverage every day of the year. It should prove to be an interesting discussion and a significant test of the new board’s ability to work together.

Note: The cost of police protection per resident was calculated using total police spending divided by the municipality’s population as listed in the 2010 census.

14 thoughts on “The Cost of Policing”