As winter wanes, Beacon’s monthly celebration turns up the heat

The sun has long since gone down, but it’s clear from a quick glance up and down the street that no one’s going to bed anytime soon. 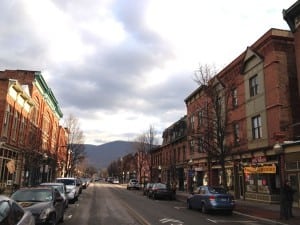 The sidewalks are swarming with revelers. A rock band wails away from a rooftop across the street, their songs reverberating through the balmy night air. One block east, art lovers stand transfixed in front of a window-length video screen projecting experimental films, while the coffee shop one block west is tapping kegs and sending out pitchers of sangria to the patio that’s bedecked with strings of lights and thirsty patrons alternating between craft beer and espresso.

Second Saturday, Beacon’s monthly celebration of arts, culture and whatever else happens to be going on in town that day, takes place 12 months a year. That’s the day that galleries hold their openings and businesses stay open later than usual. But winter weather tends to make the ones that take place from December through March more cozy than chaotic.

“Winter in Beacon is definitely for the professionals,” said Dan Rigney, president of the Beacon Arts Community Association (BACA.) “Spring and summer, all the stops come out. More folks from the New York City area and tourists from all over the world are coming up from Dia:Beacon.” 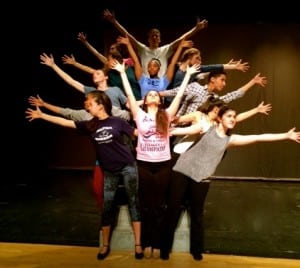 It’s not just the tourists who are gallery hopping. The first Second Saturday of spring also gives Beaconites an excuse to make their way from one end of Main Street to the other and catch up with everyone they haven’t seen during cabin fever season.

This year, they’d better give themselves some more time.

“There was a time you could make your way from the west end to the east end and touch just about everything in under three hours, depending how much time you spent at Max’s,” said Rigney, referring to the beloved pub and community institution located in the center of Main Street. “Now that’s impossible. The east, west and center of our town is popping all day and all evening long.”

This Saturday, events include free films at the Beacon Theater, a performance of Pippin at the high school, wine tastings at Artisan Wine Shop, a branding workshop at the co-working space BEAHIVE, a talk with photographer and conservationist Alison M. Jones at the Beacon Institute for Rivers and Estuaries, about a dozen art openings and a celebration of early 20th-century Jewish cantorial music played on a 1905 RCA Victrola and a 1902 gramophone. Not to mention it’s one of Dia:Beacon’s biannual Community Free Days, which means free admission for all residents of Columbia, Dutchess, Greene, Orange, Putnam, Rockland, Sullivan, Ulster and Westchester counties.

A listing of events can be found in our online calendar and at beaconarts.org. 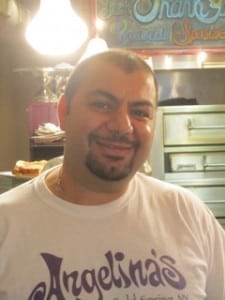 “It’s a beast,” said Kamel Jamal, owner of Tito Santana’s Taqueria. For Jamal and his staff, Second Saturday is an excuse to crank up the music, stay open late and relax in the confidence that business will be brisk. “Our Second Saturdays are so crucial to the life of our business,” he said. “We know that even if we’ve had some slow nights that week because of rain, Second Saturday will make up for it because on Second Saturday, people don’t care if it’s raining.”

It’s a marked difference from the Second Saturdays of a few years ago, when Main Street still had blocks of empty storefronts, and national publications weren’t yet touting Beacon as the next You-Know-Where.

“People are coming up from Brooklyn now to see what the big deal is with the Hudson Valley, and we’re right there to welcome them with a drink and get them to join the celebration,” said Jamal. “It wasn’t like that when I first got into Beacon four years ago. People would talk about Second Saturday, but it didn’t feel that different from your usual Saturdays. That’s all changed now. Now you’ve got people coming up from the city, and no matter what you’re presenting that day it gives you a chance to spread your arms out and connect with pretty much the entire metropolitan area.”

Attracting downstaters is a nice by-product of Second Saturdays, but it wasn’t part of the original plan. As Linda Hubbard of RiverWinds Gallery explained, the origins of Second Saturday go all the way back to 2002, even before Dia:Beacon opened. Beacon’s revival was just getting started here and there along Main Street, but there wasn’t anything going to connect the outposts of inspiration to one another and show the community that there was a new spirit in the air worth rallying behind. She credits Ricardo Diaz and Thom Joyce with initially getting the idea off of the ground. Choosing the date itself was done somewhat arbitrarily.

“Kingston was doing First Saturdays, so we just picked Second Saturdays,” she explained.

Thirteen years later, Beacon’s Main Street is booming, attracting the attention of art patrons from all over the world. But if proof is needed that the monthly event hasn’t betrayed its small-town roots, look to the opening that will take place at RiverWinds this Saturday. The show, Birds in Flight, features award-winning photographs from renowned California photographer David Wong (see p. 13). But the refreshments for the opening will be baked by the artist’s 94-year-old mother-in-law, who lives in Rhinebeck.

“I always feel uplifted by Beacon Second Saturdays,” said Hubbard. “You can come alone or with a group of friends, enjoy great art, sample some good food and just have a fun time.”