In a talk titled “Life on the Ice,” the world of adventure will be the focus of an evening with polar explorer and prize-winning author Susan Fox Rogers at 7 p.m. on Thursday, April 16, at Beacon Institute for Rivers and Estuaries, Clarkson University’s Denning’s Point campus in Beacon. The event launches the institute’s 2015 event season in anticipation of Earth Day.

Rogers, currently a professor of writing at Bard College, has been funneling a penchant for polar adventure through her teaching since 2001. Driven to experience Antarctica firsthand, Rogers sought out a specialized National Science Foundation (NSF) grant for artists and writers and earned the opportunity to spend six weeks on of one of the harshest environments on earth. 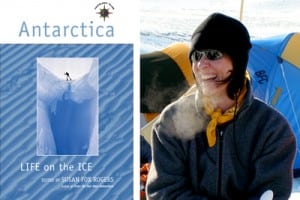 In 2004, from her hub of the U.S. base McMurdo Station and visits to other locations, she began to assemble Life on the Ice, an anthology of writings from the dishwashers, scientists, bulldozer drivers and chefs of the Antarctic.

In 2014, Rogers participated in a floating expeditionary residency program with the Arctic Circle, an organization that brings together artists, writers and scientists to collectively explore remote and fascinating destinations, and learned about the complex history of the Russian coal-mining town of Pyramiden while experiencing northern glaciers, walruses, birds and polar bears.

Beacon Institute’s schedule of events includes many other talks, walks and a new WOW! series for kids; the full event calendar can be found at bire.org/events.

One thought on “Life on the Ice Author at Beacon Institute”