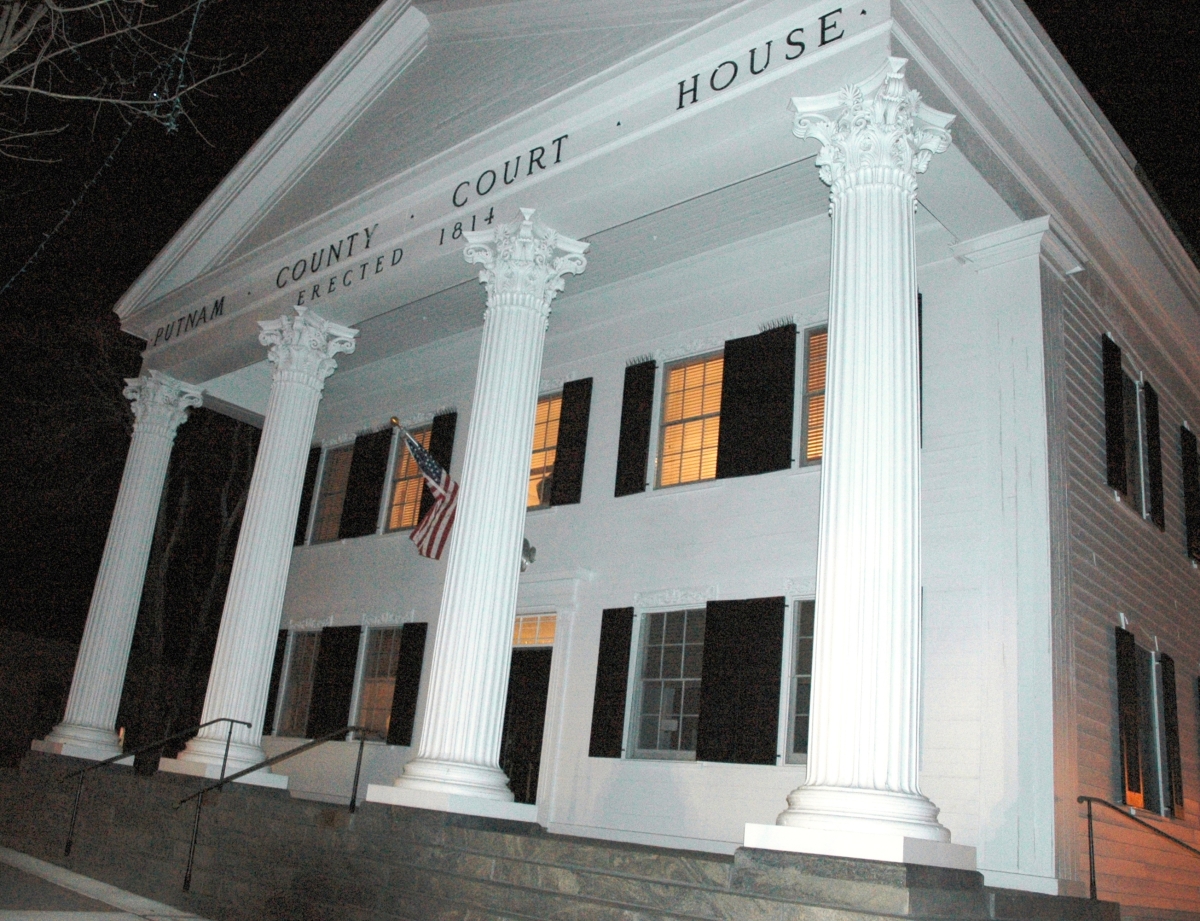 Legalizes limited use of sparklers for 4th of July

With little ado, the Putnam County Legislature last Wednesday (April 8) opposed two train-transit practices, one involving freight traffic — the unsafe shipping of incendiary crude oil along the Hudson River; and the other involving commuter lines — the levying of taxes to support the Metropolitan Transportation Authority, whose trains carry numerous county residents to work every day.

By 8-0 votes (with one member absent), the legislature urged New York State to revoke permits that allow volatile oil to travel on the Hudson and to reverse its finding that expanding an Albany oil transportation terminal raises no “significant” concerns. It likewise sought the repeal of the MTA taxes on payrolls and vehicles.

In other business at its formal monthly meeting, the legislature unanimously opted to legalize limited use of sparklers, popular Fourth of July “pyrotechnic” devices.

In addressing the so-called “bomb” train question, the all-Republican legislature added its voice to a growing, bipartisan chorus of local governments in the Hudson Valley opposing the use of rail lines along the river, as well as barges, to move highly explosive oil without adequate safeguards. The legislature devoted much of a committee meeting in February to a background discussion of the issue. (See County Committee to Draft Call for Action on Bomb Trains.)

Its resolution, to be sent to Gov. Andrew Cuomo and state legislative officials, refers to use of “unacceptably dangerous” rail cars to move Bakken shale oil and heavy tar-sands oil, which originate in North Dakota and Alberta, Canada, and are more hazardous than other forms of fuel. The resolution says that daily two to three oil trains, each with 3 million gallons, travel down the western side of the Hudson, opposite Putnam. It points out that recent oil-train derailments in the United States and Canada caused “loss of property and significant environmental and economic damage” as well as, in one case, 47 deaths.

The resolution notes that one oil company, Global Partners LP, proposes to expand its oil terminals in Newburgh and New Windsor, across the Hudson from Putnam County, which could “double the number of trains and marine vessels” carrying such dangerous fuel along the Hudson, despite the presence of designated Significant Coastal Fish and Wildlife Habitats in the Hudson Highlands, Fishkill Creek and elsewhere. A similar expansion is proposed for an Albany facility, the legislature stated.

The resolution also declares that:

The legislature asked the state “to immediately revoke permits … allowing for the transport of up to 2.8 billion gallons per year of crude oil on the Hudson River [and] order full environmental impact studies, including the potential impacts of a crude oil spill in the Hudson River affecting Putnam County shoreline property, environmental resources, and drinking water.”

It similarly urged the state to rescind a “negative declaration of significance” on expansion of Albany oil operations and “order a full, integrated environmental impact study of the proposed expansion” of oil terminals in New Windsor and Newburgh, as well as Albany.Under present laws, “no collaboration must take place between the railroads and the towns through which these rail cars [go].”

“It’s not understood” how much risk the transport of volatile oil brings, said Carl Albano, the legislature’s chairman. “It’s a major, major issue in our backyard.”

Legislator Barbara Scuccimarra, who represents Philipstown, observed that the “bomb” trains run along the Hudson “over crumbling bridges and through towns and villages,” compounding the potential for devastation.

“There are really no safeguards in place and it’s scary. If we were to have an explosion, it would be catastrophic,” Legislator Dini LoBue added.

While the legislature expressed worries about the impact of “bomb” trains on the environment, it similarly (though in much shorter resolutions) criticized taxes on payrolls and vehicles to support the MTA’s mass-transit system — regardless of the role mass transit may play in minimizing air pollution by keeping cars off roads.

Putnam County is in the state-designated Metropolitan Commuter Transportation District, which covers mass transit for New York City and a several-county area beyond it. A district tax of 34 cents per $100 of payroll and a statewide supplemental vehicle registration and license fee or tax help fund the MTA, which operates the Metro-North railroad, with the Hudson Line serving Cold Spring, Garrison and places in Westchester and Dutchess Counties along the river, and the Harlem Line stopping in Southeast, Brewster and Patterson in eastern Putnam, as well as in Westchester and Dutchess Counties.

“We feel it’s burdensome to the people of Putnam County” to charge such taxes, Legislator Joseph Castellano said in introducing the votes.

“The last place you want to tax is payroll,” Albano emphasized. “I feel that any money needed should come from the city, not Putnam.”

As authorized by a 2014 state law, the legislature updated the county legal code to provide “that sparkler devices may be sold and enjoyed.” Typically hand-held, sparklers emit colorful sparks “as their primary pyrotechnic effect” when set off, as the resolution observed.

The county law limits sales to periods from June 1 through July 5, and from Dec. 26 to Jan. 2, for the Fourth of July and New Year’s holidays; requires state licenses for sparkler distributors, manufacturers and retailers; and restricts purchases of sparklers to those age 18 and above.

Armstrong, who lives in Cold Spring and has a journalism degree from Indiana University, has been reporting for The Current since its founding in 2010.

As a nonprofit, we depend on readers to keep our website and print newspaper free and to pursue in-depth investigations. Members receive:

As a nonprofit, we depend on readers to keep our website and print newspaper free and to pursue in-depth investigations. Members of The Current receive: