More parents ‘opt out’ while consequences are unclear

Some New York children in grades three through eight took state tests this week on English language arts, but many did not. News reports from all over the state have varying numbers with more than 50 percent staying out in some districts. Locally, 15 percent of students in both the Haldane and Garrison elementary and middle schools sat out the tests. That is a large increase over last year.

At Haldane, Elementary and Middle School Principal Brent Harrington said that 59 students in those grades were not tested. Last year, Haldane reported to The Paper that only 17 students had opted out, leaving test takers well within the 95 percent range. 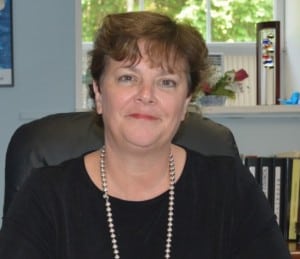 In an open letter posted on the district’s website and emailed to parents, Haldane Superintendent Diana Bowers warned that if fewer than 95 percent of students were tested, the school could be at risk of losing funding. The superintendent at the Garrison Union Free School District and a state assembly representative, however, were less clear about the consequences. No one seems completely certain what will happen, but now both districts have failed to test at the 95 percent range.

GUFS Superintendent Laura Mitchell, who also posted a letter to parents, said that this year 22 families refused testing of their children. Last year, GUFS reported to The Paper that 2 percent of the students weren’t tested. Regarding the consequences of falling below the 95 percent range, she said: “It isn’t clear. We aren’t sure what will happen, and I think the state will look at the numbers and determine the impact.”

A notice from the New York State Council of School Superintendents emailed to members this week in response to inquiries detailed all of the previously mentioned scenarios as possibilities, but none of the consequences involves punitive measures only from testing less than 95 percent of students. There would have to be other factors in play at the same time, as well as other criteria for determining whether a school is low-performing. Losing state aid from low testing rates would only happen if the school administrator were actively promoting non-participation in the state tests, and that is not the case at either Haldane or GUFS. 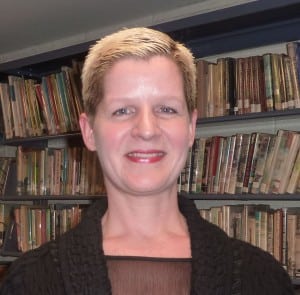 The divide between administrators and parents is clear even over the language that is used to describe their actions. Parents encourage each other to “opt out,” but administrators are quick to mention that testing isn’t optional.

In refusing to allow their children to be tested, however, parents are taking a stand against a whole range of issues that represent the current state of education.

There is the common debate that is at least as old as standardized tests about whether they are effective measures of a student’s learning. The debate has escalated this year with measures that Gov. Andrew Cuomo fought for with the state legislature during budget talks.

Claiming that the teacher evaluation system couldn’t be stringent enough if 96 percent of teachers were given ratings of “highly effective” or “effective” last year, the governor pressed for standardized test scores to be counted as 50 percent of a teacher’s evaluation score.

State Assemblywoman Sandy Galef, who represents the districts in Philipstown, said: “We brought it down to 20 percent and we’ve asked the Regents the best way to do teacher evaluations. It will include test scores, but not just test scores. This isn’t what the governor proposed. The Regents have until the end of June. I think this is best. It isn’t appropriate for the legislature to decide.” 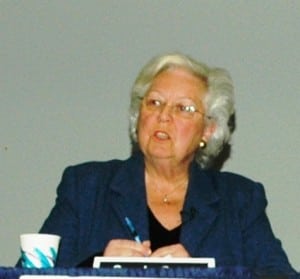 Galef said that refusing testing was not the best way to protest. Since the Regents will be deciding how to proceed, she encourages parents to write to them and voice their opinion and ideas. She also couldn’t say definitively what the impact of the high rate of refusals will be. “If the federal government puts their foot down, we don’t know what the consequences will be. Federal aid could be impacted,” she said.

Three parents at Haldane were representative of many parents struggling to do the right thing for their children regarding testing. Going against the trend, Caryn Cannova, the parent of a fourth-grade student at Haldane, refused to let her son be tested last year but is letting him take the test this year. Last year, her concern over the anxiety her son was experiencing with the curriculum changes and the pressure to do well on the test as well as her issues with the implementation of the Common Core standards influenced her decision. This year, she said, “His teacher hasn’t put any pressure on them and he feels fine with taking it. I also know he’s going to do well and I want his good scores to help his teacher. She’s doing a great job and I’m doing it for her sake, too.”

Sandy McKelvey, another Haldane parent, refused to let her fifth-grade child be tested as a protest against the new measures and in support of teachers. Last year, her child took the state tests. She said: “There’s nothing wrong with the process of taking a test. It’s about the test itself. I think it’s wrong and misguided and not a fair assessment of a teacher’s performance.” In McKelvey’s opinion, the Common Core as a set of standards is rigorous but not the problem. She feels that Haldane is held back by state regulations that are hindering innovative education.

Tony Speziale’s son is in eighth grade at Haldane, and he refused to allow him to be tested last year and again this year. As a former teacher, he feels that the tests aren’t useful and don’t generate helpful information to benefit a student or teacher. He said: “These tests have nothing to do with education and everything to do with eliminating public schools by making the teachers look bad. Teachers cannot see the tests, control the grading or even know which questions the students got right or wrong. There is no way they can use the results to adjust their teaching.”

The New York State United Teachers, the federation of local teachers’ unions, took a bold stand when the legislation linking teacher evaluations and student’s test scores was passed. NYSUT President Karen Magee issued a statement encouraging parents to opt out in protest. It could be a surefire way to directly spoil the results and make the legislature rethink their proposal. Locally, Leah Horn, president of the Haldane Faculty Association, commented that while they respect parents’ decisions, they agree with the sentiment. The HFA has not taken a public stand on the tests.

4 thoughts on “State Testing a Divisive Issue in Local Schools”