Two writers will read from work at free May 3 event

Despite the persistent nip in the air, spring has sprung, and with it the new season of the Sunset Reading Series (SRS), debuting at the Chapel Restoration this Sunday, May 3, with authors Victoria Redel and Sarah Yaw. The free 4 p.m. events are a quintessentially Philipstown way to embrace the literary and the community: on the banks of the Hudson, casual, with wine, cheese and conversation afterward, and the opportunity to hear new fiction, poetry and other forms in the resonant acoustics of that peaceful room. All this and no parking issues — the adjacent Metro-North lot is free and never full on the weekends. 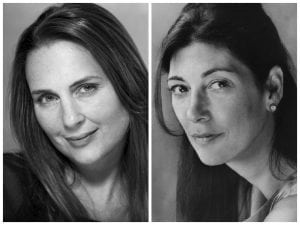 This reading, the first of four (two in spring, two in fall — one of which will feature acclaimed author Rick Moody), features two writers who have a mentor-mentee relationship, Victoria Redel and her one-time student, now colleague, Sarah Yaw. Redel, who will read from her latest book, Make Me Do Things, a short-story collection, has written novels and poetry in a voice described by SRS cofounder Ivy Meeropol as “using great poetic language but also quite raw, with stories we can all relate to, with a whiff of the supernatural — another darker world on the edges of the characters’ lives.”

Meeropol called Redel’s work and her reading of it “perfect for the chapel, because — and we consider this a lot in choosing who we ask to read [the other half of the ‘we’ being SRS cofounder Rebekah Tighe] — her work translates really well to the oral, and she has a lot of presence, as well.”

Redel’s most most recent novel, The Border of Truth, weaves the situation of refugees and a daughter’s awakening to the history and secrets of her father’s survival and loss. This was partially based on her own father’s experience in 1940 as a refugee on board a Portuguese cargo ship, SS Quanza, which, carrying many Jews fleeing Europe, was initially refused entry to the U.S. before an intervention from President Franklin Roosevelt. Redel was awarded a 2014 Guggenheim fellowship for fiction to work on this novel.

Redel, as with a number of the other writers who have appeared at SRS, is a professor at that creative writing locus, Sarah Lawrence College. She has also taught in the graduate writing program at Columbia University and at several undergraduate institutions. Her fiction, poetry and essays have appeared in numerous magazines and journals including Granta.com; Harvard Review; The Quarterly; The Literarian; The New York Times; O, The Oprah Magazine; Elle; BOMB; More; and NOON.

An earlier work, Loverboy, was awarded the 2001 S. Mariella Gable Novel Award and the 2002 Forward Silver Literary Fiction Prize and was chosen in 2001 as a Los Angeles Times Best Book. Loverboy was adapted for a feature film directed by Kevin Bacon. Redel received a B.A. from Dartmouth College and an MFA from Columbia University. 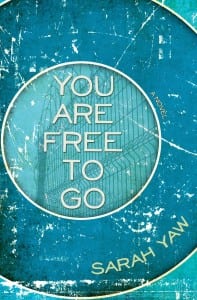 Yaw’s debut novel, You Are Free to Go

Yaw’s debut novel, You Are Free to Go, was selected by Robin Black as the winner of the 2013 Engine Books Novel Prize; this included publication of the novel. Set in a small, upper New York state, prison-dominated town — much like Auburn, the town Yaw grew up in — the book weaves together the stories of two longtime incarcerated men and their families “outside,” particularly the daughter of one, who has led a very different life. Yaw, in an interview with the Auburn Citizen, said: “There are a lot of pieces of the book that will be familiar. The prison held great mystery for me. It had a tension that really fascinated me forever.”

Redel, who has taught and otherwise acted as a mentor to Yaw, wrote of Yaw’s book: “In You Are Free to Go, Sarah Yaw has given me exactly the novel I didn’t know I wanted to read, a penetrating look at a prison town where life inside and outside are shackled by our moral failures and demons. This is a book at once dark and beautiful, filled with characters unpredictable and recognizable. A debut novel delivered with maturity and grace, Yaw takes us in and out through many iron gates and right into the heart of our most human desire to love and be loved.”

Yaw received an MFA in fiction from Sarah Lawrence College and is an associate professor at Cayuga Community College.