The “One Poem a Day Won’t Kill You” project at Philipstown.info concludes for the 2015 season on Monday, May 3. For the second year, the positive community response caused National Poetry Month to spill over from April into May. Of the 34 readers who presented 33 poems, 15 were participating for the first time, while 18 returned from last year.

Eleven original poems read by their authors joined fresh new voices with old masters dating back to Rumi and Chaucer. The series integrated readers of all ages and many nearby locales, including Peekskill and Highland Falls, as well as Beacon, Cold Spring, Continental Village and Garrison.

The group included three sets of partners: Irene O’Garden and John Pielmeier, who read Edward Lear’s “The Owl and the Pussycat” together (April 3); Mary Newell and Heller Levinson, who each read original works (April 14 and 15); and Karen Shea and Richard Shea, who treated us to Rainer Maria Rilke and William Butler Yeats, respectively (April 27 and 28). 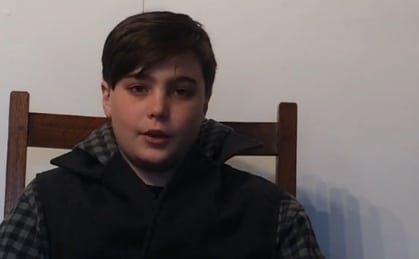 Several poems paired well, too. After Noah Bingham gave a great rendition of Walt Whitman’s “Oh Me! Oh Life!” on April 10, we heard Allen Ginsberg’s imaginary meeting with Whitman in “A Supermarket in California” as read by Tom Carrigan on April 11. Lithgow Osborne’s rendition of “The Village Blacksmith” by Henry Wadsworth Longfellow took us back to the days of the foundry on April 24, just before Lucy Austin brought us up to date with references to more recent history in a familiarly named town with her choice, “Degrees of Gray in Philipsburg” by Richard Hugo, on April 25.

The series started with a personal history of “Poetry 101” by Beacon’s Jake Holmes, a verse that explored the personal and political values of poetic craft. Coming full circle, it ends with a poem filled with personal as well as political meaning: “Round,” by Garrison’s James Hoch, as read by Philipstown’s Nancy Montgomery. 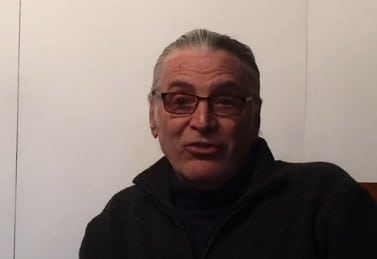 Overall, the series met and surpassed the success of the prizewinning inaugural 2014 season, recognized by the New York Press Association for the best use of social media with the comment, “What a great idea to involve the community in something new and different.” Credit also goes to the Country Goose and Garrison Art Center for sponsoring the project this year.

Philipstown and poetry forged productive connections across the Hudson in April, too. Thanks to poet Jeffrey McDaniel of Cold Spring, three cadets from West Point read their original poems at the Sarah Lawrence College Poetry Festival on April 25. A faculty member in the renowned Sarah Lawrence writing program, McDaniel had done a workshop for West Point’s Creative Writing Forum in October 2014. Impressed by the cadets’ work and spirit, he enabled them to be part of the Sarah Lawrence festival in a reading by undergraduate poets from five colleges.

Earlier in the month, Dar Williams, Cold Spring’s singer-songwriter, also visited West Point to conduct a workshop for cadets involved in poetry and music. Such collaborations are further evidence that “one poem (or song) a day” won’t kill us; it might even help us bridge a variety of divides.

Want more? Click here to listen to the 2014 readings.

One thought on “Poetry Connects”