It was an unusual week for the Cold Spring Village Board as trustees met three times between April 27 and May 1 to deal with issues ranging from the high cost of water during repairs being planned for the village dams to a down-to-the-wire final consideration of the lease between the village and the Cold Spring Boat Club.

On Monday, April 27, Superintendent of Water and Sewers Greg Phillips and Oakwood Environmental Associates engineer Bart Clark updated the board on a number of capital projects, in particular the repairs needed to the dams at the village-owned reservoirs located on Lake Surprise Road. Their message was clear: Water will become considerably more expensive while that project is being completed. An agreement is currently being negotiated with the New York City Department of Environmental Protetection (DEP) that will allow the village to tap into the Catskill Aqueduct for its water supply while the reservoirs are lowered, a necessary step in repairing the dams.

The high cost of water

Currently, fees paid by Cold Spring and Nelsonville residents cover the cost of operating the water system, including treatment. While fees are based on usage, there is no surcharge for the water itself since the village has a sustainable supply stored in its reservoirs. But when the reservoirs are lowered to facilitate repairs to the dams, the village will have to purchase water from the Catskill aqueduct through the DEP, and that additional cost will be passed onto residents. 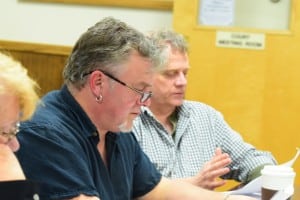 Based on Monday’s discussions, it is a near certainty that water rates will be increased during the dam work, rather than adding the cost of buying water to the bond for capital projects. Conservation measures will also likely be put in place, restricting such uses as watering lawns and washing cars — and possibly imposing fines for violations. Even though residents will still pay based on their own usage, the village must ensure that the total amount of water used does not exceed the DEP agreement, in order to avoid a tripling of the overall cost. Clark estimated that negotiations with the DEP will take another six months, with project design and engineering to follow. At that stage, Phillips said water rates can be accurately calculated, adding that work on the dams could begin within about a year.

The village’s aging water system frequently develops leaks, a factor that could become more significant during the dam project. More wastage will mean a bigger water bill. Phillips told Philipstown.info of a current situation that underlines how significant that can be. Repairs were made at 142 Main St. this week, eliminating a leak in a service line that was wasting 28 gallons of water per minute — more than 40,000 gallons a day.

On Tuesday, trustees met with members of the Cold Spring Planning Board to review the plan of subdivision for the Butterfield project — the portion of the development that calls for three houses to be built along Paulding Avenue.

It was an odd discussion in that Chuck Voss, the consulting engineer who has advised the Planning Board on the Butterfield development, pointed out that the joint session was required by the Village Code, but that it “is silent on the purpose of the meeting.” No action was taken, however Mayor Dave Merandy commented that in his view “the lot size is too small” and that the houses won’t fit well with the larger estate-size lots and houses on Paulding. Trustee Michael Bowman said he feels the planned design of the houses, which he pointed out had been reviewed by the Historic District Review Board, fits in well with the street and the rest of the village.

The April 28 meeting also continued the discussion of the lease between the village and the Cold Spring Boat Club (CSBC) as it relates to the removal of toxic coal tar from the riverfront site to be undertaken by the New York State Department of Environmental Conservation (DEC) this fall. At Merandy’s request, the DEC had extended the deadline for an agreement between the village and CSBC until April 29. CSBC Commodore Mark Patinella and Vice Commodore Brad Petrie expressed concern over the possible cost to the club if it has to move docks and equipment off of the property during the cleanup and store it elsewhere. 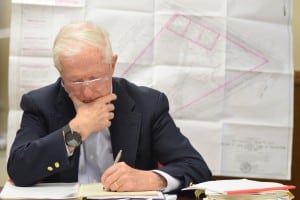 Patinella said that the DEC has often stated that it will “work with” the club and the contractor to ensure that such materials can be left on-site during the excavation but has not committed to that in writing. Interim Village Attorney Bill Florence argued that it was not the village’s concern. “What you do with your property isn’t for (the village) to decide,” he said. “We don’t have any obligation … the truth is, it’s none of our business.” The agreement was not finalized, and Merandy said that negotiations would continue later that night and the next day.

A special meeting of the Village Board was then held on May 1, at which trustees approved the final agreement, which calls for the CSBC to vacate the site by Sept. 13. The lease will then be “suspended” until the coal tar remediation is complete, and then reinstated with eight years remaining on its term.