Prosecutor says she was set to claim $250,000 in life insurance

The case against Angelika Graswald moved beyond simple accusation to indictment this past week as the Orange County District Attorney’s Office formally reported to a judge that a grand jury had indicted the 35-year-old for second-degree murder in the fateful kayak incident that resulted in the apparent drowning of her fiancé, Vincent Viafore.

The alleged murder is said to have taken place off Bannerman’s Island just north of Cold Spring. 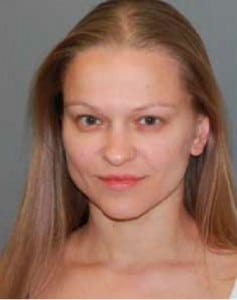 Despite a plea from her defense attorney, Richard Portale, that she be released on her own recognizance, the judge presiding over a hearing on Wednesday (May 13) in Goshen, New York, set Graswald’s bail at $3 million.

Prosecutors revealed for the first time that Graswald is the named beneficiary on two Viafore life insurance policies totaling $250,000.

Assistant District Attorney Julie Mohl, according to several media outlets, characterized the life insurance benefits as part of Graswald’s motive to kill Viafore. Mohl reportedly said Graswald acknowledged as much and further that she sabotaged Viafore’s kayak so it would sink. Mohl was quoted as declaring that Graswald told authorities, “It felt good knowing he was going to die.” Graswald allegedly waited 25 minutes before calling police for help, and, according to prosecutors, she staged her own kayak capsizing.

In a televised press conference after the bail hearing, Portale sought to throw doubt onto the prosecutor’s assertions of confessed guilt and clear motive. He described the assertion that his client had confessed to anything as a “complete contrast” to earlier claims that “there were inconsistencies” in her statements to police.

Portale said further that Graswald was suffering from hypothermia at the time of her initial questioning and that she sometimes experienced difficulty in understanding English but that she hid that with a confident tone even when not fully comprehending questions.

“She is confident that with the passage of time the truth will come out,” Portale said of his client.

Todd Giudice, a North Highlands musician, was part of a small group of locals who traveled to the courthouse to offer a show of support for Graswald. Giudice said he and others were concerned about a rush to judgment about someone who might very well have had a language or cultural problem with police questions and who in any event is alone and in need of some solace from people who knew her.