Democrat Lithgow Osborne, an unsuccessful candidate for Putnam County clerk last November, will run this coming November for the seat representing Philipstown (and some parts of Putnam Valley) in the Putnam County Legislature. Barbara Scuccimarra is the Republican incumbent legislator expected to run for re-election. She has not, however, announced her candidacy. 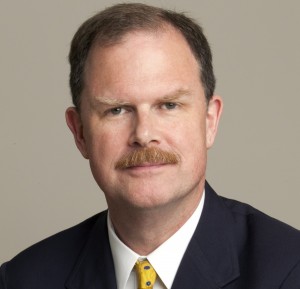 Osborne will be running along with fellow Democrats Richard Shea, the incumbent Philipstown supervisor, and incumbent Town Councilwoman Nancy Montgomery, both seeking re-election to their current posts. Robert Flaherty, just appointed to a Town Board seat (vacated by Cold Spring Mayor Dave Merandy) will round out the local Democratic ticket in seeking a full term of his own.

The Philipstown Democrats announced their ticket in a statement after a meeting of the Putnam County Democratic Committee last Monday night at the Kent, New York, volunteer firehouse.

So far no other Republicans or other party candidates have announced a challenge to the Democrats, who hold all the seats on the Philipstown Town Board.

“We look forward to future opportunities to hear from Philipstown voters about their concerns and ideas for the future,” said Osborne. “Philipstown deserves representation in the legislature that will actively fight for the issues that matter to our community,” he added.

The Osborne and Scuccimarra matchup, if it happens, will likely be the most hotly contested race. Scuccimarra won her seat nearly three years ago over a not well-known Democrat, Stephen Rosario, in a presidential election year that brought out a significantly higher voter turnout than off-year elections typically do. Nevertheless, 3,000 people voted for her (Rosario received over 2,500 votes), and that’s a big advantage for an incumbent to have for re-election.

In 2011, however, Scuccimarra lost her Philipstown Town Board seat in a year both major parties ran candidate slates as the Democrats are planning this year. It remains to be seen if Republicans can put together a slate and a robust campaign.

Although Osborne lost his very uphill county clerk race against long-serving deputy clerk Michael Bartolotti, from the heavily Republican and far more populated eastern end of the county, he beat Bartolotti in Philipstown by a margin of 2,074 to 1,568, giving him claim to a strong local following going into this year.

One thought on “Osborne Will Challenge Scuccimarra”