Exhibit opens on June 4 at Desmond-Fish

Like-minded: the 18 photographers who make up the Red Circle Photo Arts (RCPA) collective share a continuing curiosity about their art form, a common level of expertise and the desire to exchange ideas and also enjoy community. This is not to say that their work is similar; in fact they value its diversity and the opportunity to be exposed to other modes of shooting and subject matter.

This June, the exhibit A Red Circle Retrospective highlights the variety of work produced by members of the just-under-two-years-old group. The exhibition includes a mix of landscapes, street photography, abstracts and other subjects demonstrating the full range of the group’s work, images made in both digital and film formats, with black-and-white and color photography represented. 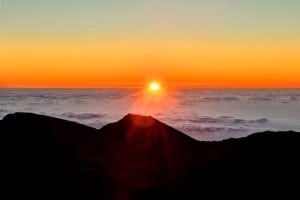 Sunrise at Mt. Haleakala, a photograph by Phil Haber

Noting that RCPA is not a photography “club,” founding member Steve Dreyer pointed out some differences, recognizing that there are a lot of clubs in the region but that this group has been kept intentionally small and is made up of “advanced enthusiasts as well as professionals.”

“We’re keeping it to around 20, maximum. We get together once a month (in Tarrytown) and discuss photography as an art form … We’re trying to develop an identity as a group,” Dreyer said, “to have our name associated with certain qualities in the work.”

Competition is definitely not a facet. “The collective is about crafting and cultivating the creative process, which ultimately leads to what it truly is all about — the final image,” according to the RCPA website. By and large, the group’s point of view is that “we don’t think the equipment makes the photo — it’s an art,” Dreyer said.

RCPA’s objective is providing members with a forum for meeting other photographers, sharing ideas, exhibiting their work and learning through workshops and presentations.

Philipstown’s Phil Haber, another founding member (the third is Patrick Cicalo), said, “Virtually all of us have had quite a bit of experience showing our work before the group formed.” Indeed, work by members has appeared in print and digital publications and online media, including Manhattan magazine, Architectural Digest, and Photographer’s Forum. The work has been featured in solo and juried group exhibitions and is held in private and corporate collections. 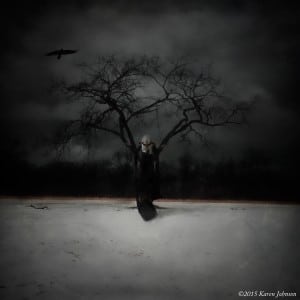 Philipstown’s Cali Gorevic, another member, described an “emphasis on the quality of the members of the group. Phil [Haber] is a Getty photographer; we have graphic artists and many full-time photographers. It’s a very rich — culturally rich and diverse group, and it’s easy to learn from each other.”

Jane Soodalter, another Philipstown member, said, “It’s a pleasure to come to this group. We don’t have formal criticism or analysis; it’s constructive criticism.” Haber added, “We’re all respectful, there are no contests, it’s inclusive rather than exclusive.”

Dreyer called the group’s most important component “a quality of relationship. You could be the greatest photographer, but if you don’t get along with others, you’re not going to be in the group.”

Haber said, “Anything related to photography is fair game; for example we’ve talked about copyright issues, marketing, the business side of things, which some of us are good at, but most aren’t.”

Collaborative promotion is a by-product, as is the group’s mission of facilitating efforts to get representation for gallery showings. Each member has a designated page on the RCPA website, with links to their own individual sites, an “About” section and direct email contact information.

In addition, RCPA puts together group exhibitions. The upcoming show at Desmond-Fish is the fifth since the group’s inception. Members have done their own curating and there has been no jurying system involved. Thus far all of the exhibits have been open to every member. 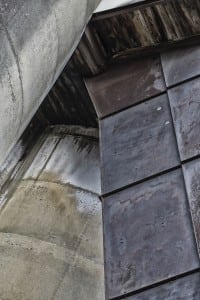 “No one person can make a determination over whether something is ‘good,’” Dreyer said. “We take measurements of the space, divide it up equally among members and determine the maximum space each can have. Parameters are given re size and number, but generally each photographer will have two or three images included.”

There have been generalized themes but none that have excluded anyone’s work. “The continuity that you hope for in a themed show,” explained Gorevic, “comes, in our case, in how it’s curated.” Help is given when requested, with Soodalter recalling, “One member, at our last meeting, was having a hard time deciding which pair to use, and sought our advice, which we gave.”

“We are evolving,” Dreyer said, calling the highlight of RCPA “the work of our people. They’re experimenting because of seeing the work of others. We all want to learn something all the time.”

Dreyer added, “There’s a mix on the emphasis of selling. Some members have full-time jobs, so probably have less time to produce work. Some want to sell as a strong motivation. Most of us would love to sell, but recognition is the biggest motivator.”

“Without it, it’s like writing music that no one hears,” said Gorevic.