For those in the area going through withdrawal symptoms from the absence of another edition of Sondheim Unplugged, the evening of songs and anecdotes by and about the composer returns — for the first time since 2013 — to the Depot Theatre, as part of the Cabaret In the Country series, for one night, Saturday, May 30, at 8 p.m. 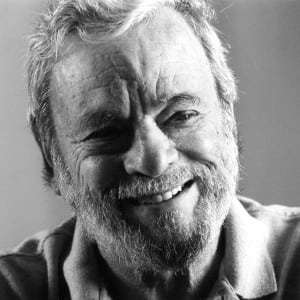 Two earlier editions of the show were sold out, a testament to the devotion shown by Sondheim aficionados. Sondheim Unplugged is the creation of Garrison’s Phil Geoffrey Bond, who debuted the series in July 2010, in celebration of Sondheim’s 80th birthday, at New York’s Laurie Beechman Theatre, and has continued to present it at 54 Below, where he served as director of programming and then director of original programming.

This edition is highlighted by two special guests, each a company member of the original Broadway version of a Sondheim show: Teri Ralston, who created the roles of Jenny in Company and Mrs. Nordstrom in A Little Night Music, and Sarah Rice, who created the role of Johanna in Sweeney Todd.

As always, Bond (a MAC/Bistro/Nightlife and BroadwayWorld Award–winner) will host, regaling the audience with interesting and amusing Sondheimian tidbits concerning the creation of each work featured in the show, as well as the composer’s life. Musical direction is by Joe Goodrich.

At Sondheim Unplugged, audiences can expect to hear music from the composer’s most beloved works from the stage, film and television, including A Little Night Music, Into the Woods, Sunday in the Park With George, A Funny Thing Happened on the Way to the Forum, Pacific Overtures, Sweeney Todd, Follies, Passion, Anyone Can Whistle, Dick Tracy, Evening Primrose, Reds and many more, all accompanied by piano only.

Tickets are $30 and can be obtained through brownpapertickets.com or by calling 800-838-3006. For information, see philipstowndepottheatre.org.