Putnam County District Attorney Adam Levy received a significant boost to his re-election chances when the county Republican organization endorsed him as the official party candidate for the upcoming 2015 election. The endorsement came at a party convention on May 20 in Mahopac, where Levy received 107 delegate votes to 58 for challenger Bob Tendy, a criminal defense lawyer and the current Putnam Valley supervisor. 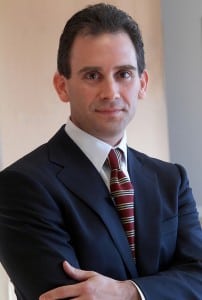 The endorsement by the party organization does not eliminate the need to compete in the Republican primary election on Sept. 10. But it does signal that nearly two out of three party activists, the people who traditionally get the vote out for a primary, are committed to having Levy, the two-term incumbent, represent them on the November ballot.

The county Conservative Party had already endorsed Levy, without opposition, a few weeks prior to the Republican gathering.

With the Democratic Party unable to find a candidate for November, the September Republican primary will likely be the deciding vote for district attorney this year.

“Adam Levy is no-nonsense prosecutor with over 23 years of courtroom experience who can’t be bought, intimidated or dissuaded from honoring his oath to office and to the people of Putnam County. His leadership, courage and tenacity have made Putnam the safest county in the state of New York to live, work and raise a family,” said Robert Johnson Jr., Patterson Republican chairman, in nominating Levy at the convention.

In accepting the county committee’s endorsement, Levy said: “It has been an honor serving Putnam County as district attorney, and this tremendous vote of confidence the party has placed in me, our efforts and record in the DA’s office is gratifying and humbling. I pledge to honor this trust by continuing to fight and protect our communities, neighborhoods and citizens.”

In his campaign statement touting the convention victory, Levy and other supporters emphasized Putnam County’s low crime rate, which they assert has continued to drop during Levy’s tenure, as the key reason to support Levy’s re-election.

Not mentioned in the statement and yet to be explored are the specific initiatives the prosecutor’s office has taken that might have contributed to the lowering of the crime rate in various categories over recent years. The Paper will seek an interview with the district attorney for that purpose in the weeks ahead.

Levy’s campaign statement did feature supportive comments from the chairman and vice chair of the Putnam County chapter of Shooters Committee for Political Education (SCOPE), a statewide advocacy group for gun owners’ rights and opposition to Gov. Andrew Cuomo’s NY SAFE Act. The SAFE Act is a state law passed by the legislature in 2013. Among other things, the law requires gun owner registration, limits access to certain weapons and restricts amounts of ammunition that can be purchased.

“As district attorney, Adam protected law-abiding gun owners when the media threatened their privacy and safety, and came to our defense again when he refused to enforce an unconstitutional provision of the so-called New York SAFE Act, which arbitrarily limited how many rounds a magazine can carry,” said Nicholas S. Castellano, chair of SCOPE.

The prominence of this support in Levy’s statement underscores the importance of the gun-ownership-rights issue within the Putnam Republican Party.

Levy’s tenure has had a full measure of controversy. Over the last few years, the chief law enforcement officer and the county’s top cop, Sheriff Donald B. Smith, have waged a vitriolic battle, including dueling personal lawsuits, accusing each other of lying about and conspiring against the work of the other.

Levy filed his personal lawsuit against Smith in August 2013 just as Smith was competing with challenger Kevin McConville in the Republican primary for sheriff. Members of Levy’s family were major contributors to McConville’s campaign.

At the center of the controversy was the arrest and prosecution in 2013 of Alexandru Hossu, a friend, personal trainer and frequent houseguest of Levy’s for the rape of a minor-aged girl in 2010. At the time, Smith accused Levy of inappropriately interfering in the case, which was referred to the Westchester County district attorney. Levy accused Smith of unfairly manipulating facts to cast the DA in a bad light.

Levy’s participation in and funding of Hossu’s defense certainly raised eyebrows and ethical questions. Former state Sen. Greg Ball and some other officials called on Cuomo to investigate Levy.

Hossu eventually received a trial verdict of not guilty on all charges in April 2014. The governor’s office never investigated Levy, and despite grumbling in the media from sources within the Westchester DA’s office, no formal complaint against Levy ever emerged from any governmental office.

Smith filed his lawsuit against Levy that same month. As far as could be determined, both lawsuits are still pending. 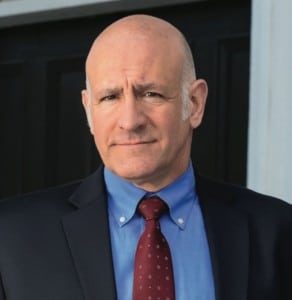 Although Levy understandably took comfort from his decisive victory at the Republican convention, Tendy claimed at least an impressive margin of support with about a third of the committee members giving him in their vote.

Tendy told The Paper he was “pleasantly surprised” by the committee vote. He said that his conversations with many people not involved in party politics showed widespread unhappiness with Levy.

Whether that assertion proves true will be determined in September. The Paper will also pursue amplification of Tendy’s views in the weeks to come.