On the latest Village Board front, Trustee Michael Bowman and family have moved out of the village to his ailing mother’s home in Nelsonville, calling into question his status as a trustee. State and village law require trustees to be residents.

Bowman has characterized the move as temporary. He has ended the rental agreement for his village residence.

Bowman is also apparently angry over an email inquiry from Mayor Dave Merandy asking him to confirm his departure and suggesting he offer his resignation if he has left the village.

Further inflaming the situation, the Putnam County News and Recorder ran a headline this week, above a story by reporter Tim Greco, accusing Merandy of trying to force Bowman out of office while his mother is ill. Bowman expressed his outrage in that article. 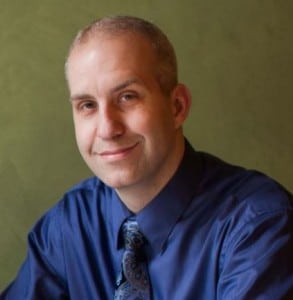 In an interview on Wednesday (June 3), Merandy and Trustee Marie Early said they hadn’t heard from Bowman as to his intentions, but after learning of his departure felt obligated to ascertain his plans and what he thought of his status as a trustee. Befitting the intimacy of a small village, Early was Bowman’s landlord and therefore first alerted Merandy to the situation.

Merandy said he believed he was required as mayor to ask Bowman his intentions despite the personal nature of the circumstances. “It’s a matter of the law. Do people want me to ignore the law? I don’t think I should do that,” he said.

Early concurred and said she believed if a trustee moved out of the jurisdiction, he had an obligation to inform the board in a timely manner.

The Paper asked to see the email correspondence between Merandy and Bowman and the mayor provided them.

“Mike, unfortunately through the Cold Spring grapevine I have learned that you have left the village to live with your mom at her home in Nelsonville. As I’m sure you are well aware, holding the office of trustee on the Village of Cold Spring Board of Trustees and living outside the Village is not allowed under NY State Law. In the event that you have moved will you please submit a letter of resignation.

“I’m very sorry to hear that your mom’s health has not improved. Please give her my best. –Dave”

“Dave, Yes I have temporarily relocated to care for her. I am in the process of looking for a suitable alternative in order to retain my residency for next March. I will update the board as soon as I know more. –Michael”

“Next March” evokes the village election when Bowman’s current term expires, indicating his intention to remain in office and run again.

In an email response to an inquiry from The Paper about his side of things, Bowman wrote: “My mother and her health is my top priority at this time. I don’t believe it should be front-page news, nor addressed by the Mayor. The current state of living situations of our local politicians is well documented as cited in the [PCNR] article.

“I was very angry upon the receipt of the Mayor’s email as it did arrive at a very sensitive time. There was a proper time, place and venue for the discussion, an impersonal email was not it.”

Bowman’s reference to other local politicians’ living situations being “well documented” is a bit puzzling. In the PCNR Greco mentions that Nelsonville Mayor Tom Corless currently lives in Cold Spring while asserting that his renovations on his Nelsonville residence have taken much longer than expected — well over a year. This is the only actual example cited, and the retention of a home in the jurisdiction is a basis for arguing that one can continue to serve in office. Whether Corless would be eligible to run for re-election if he still lives outside his village is an interesting question.

Greco also tries to cast Merandy in a negative light (a near weekly occurrence since Merandy first declared for office) by suggesting: “Many people questioned Merandy’s own eligibility to run for office in Cold Spring. He maintains a home in the Highlands, but claimed his wife Stephanie Hawkins’ address as his new address. She lives in the village.” Greco has never cited a single person other than himself who questioned Merandy’s residence. And how claiming your wife’s address (they were married last fall) is questionable is hard to fathom.

Perhaps a more relevant example would be former Trustee John Teagle, who left the board in 2009 when he moved into the Little Stony Point caretaker’s house on Route 9D just north of the Cold Spring line.

“1. In addition to any other legal requirements or prohibitions, no person shall be eligible to be elected or appointed as mayor, trustee or member of any board or commission, and, no person, if elected or appointed to such office, shall be eligible to continue to serve therein, who is not a citizen of the United States of America, at least 18 years of age, and a resident of the village.”

Merandy and Early said they did not know what will happen if Bowman insists that he has a right to participate in the board and vote on matters. They said they would confer with counsel if needed.