Many singers have recorded songwriter’s works

Maia Sharp returns to the Philipstown Depot Theatre June 13 at 7:30 p.m. to perform songs from her new album, Change the Ending, as well as favorites from previous releases. Tickets are available at brownpapertickets.com or philipstowndepottheatre.org. 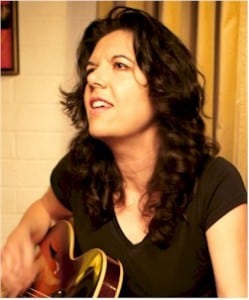 Through it all, Sharp has continued to record her own albums. She has five solo releases and one collaborative project with Garfunkel and Buddy Mondlock. Each release has led to extensive touring throughout the U.S. and U.K. and appearances on Mountain Stage, Acoustic Cafe, World Cafe, NPR’s All Things Considered, CBS’s The Early Show and the Today show to name a few.

Change the Ending, released last August by Blix Street Records, has led to a video for its first single, “Me After You,” and another string of dates opening for Rock and Roll Hall of Famer Raitt.