Of the nearly 2,000 glorious motion picture palaces built by Publix Pictures, a subsidiary of Paramount Pictures, back in the 1930s, the Paramount Hudson Valley is only one of a handful still in operation. The others, in differing current guises, dot the country, in places like Austin, Denver, Seattle and Kansas City.

On opening day — June 27, 1930 — 1,500 movie goers were treated not only to the main feature, The Big Pond, starring Claudette Colbert and Maurice Chevalier, but to an overture performed by the Paramount Symphony orchestra. With eight decades of peaks and valleys mirroring its hometown, the Paramount entered what its current owners hope is its ninth life, flourishing just two years ago, when Red House Entertainment, led by its founder, Peekskill-raised Kurt Heitmann, took over its management and operations. Red House was, in fact, formed expressly for the purpose of regenerating the Paramount. Now, the Paramount will mark the occasion of its 85th birthday with a concert by the Marshall Tucker Band, reprising a successful performance given at the venue a year ago. 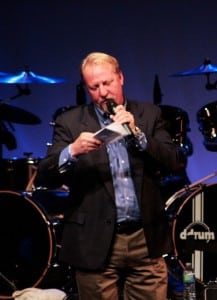 Heitmann, a multi-Emmy-winning audio engineer whose company focuses on entertainment and sporting events, had a soft spot for the Paramount dating back to his years spent growing up in Peekskill. He says that he and his partners were realistic about the challenges in front of them upon taking over the management of the theater. “We had a plan going in … and there were three things we wanted to accomplish: keeping the theater open and vibrant, establishing it as a community theater, and attracting big name acts.”

In its heyday, from the 1930 opening through the end of the 1940s, the Peekskill Paramount had no trouble filling its expansive block of seats. Its up-to-the-minute design, by the specialty firm of Charles and George Rapp, featured, in a description of the day, “a mammoth cooling and air-conditioning plant, a beautifully furnished lounge, rest rooms and many other exclusive features.”

A Wurlitzer theatre organ, rose from the pit. But, as with many of its equals nationwide, the theater suffered declining ticket sales as movies themselves were supplanted by other forms of entertainment, including television, in the 1950s and beyond. At the same time, Paramount and other theater-owning studios faced anti-trust lawsuits charging them with monopolizing their product by screening them exclusively at their own theaters.

Paramount sold the building in 1973 and it was acquired due to a tax default by the City of Peekskill in 1977. The city then leased the building to a nonprofit, the Peekskill Area Arts Council, Inc., and the newly named Paramount Center for the Arts emerged from all these transactions.

Despite improvements to the physical plant, with restorations done to walls and ceilings showing off some of the obscured-by-time original detailing, and elimination of a number of seats together with the addition of an annex with dressing rooms and a backstage dock and the incorporation of a full fly system, the theater struggled with fiscal management and marketing. Much to the disappointment of a devoted group of supporters, it unexpectedly shut down in 2012, unused until the selection of a bid from Red House by the Peekskill Common Council, which put out an RFP. Red House then signed a ‘just-under-18-year’ lease, according to the Paramount’s website, to be the exclusive operator and manager for “commercial, nonprofit and community related uses and forms of entertainment and hospitality.” 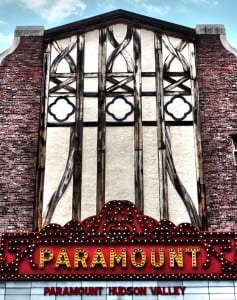 The marquee and facade of Peekskill’s Paramount Hudson Valley

Two years later, Heitmann, though calling the Paramount a work in progress, pronounces himself “… very fulfilled. We had many naysayers, but we’re doing what we set out to do. Our average [audience] is above 650 now and that’s what we expected. We’ve survived the first two years, and rebounded and now we’re set on bringing acts in which draw a younger crowd. Sometimes it’s tough to get bands to play in theaters ‘with seats’ but our Jam Fest, which will be on Sept. 12, is an all-day event, with things going on in the street as well as inside, and, like outdoor festivals, we’ll have wristbands so you can come and go as you please. It’s a launching platform for younger audiences.” Headlining the Jam Fest will be the bands Cabinet and Tauk.

Once again, as part of their mission to embrace the cultural diversity of Peekskill, the Paramount will be a focal point for the Peekskill Salsa Festival, to be held this Sunday, Fathers’ Day. Outdoors, a dance party and arts and crafts activities will take place on Brown Street from 3 to 6 p.m., while headliner Gilberto Santa Rosa takes to the stage inside the theater at 7 p.m.

On the preceding Friday and Saturday, June 19 and 20, ¡Viva Cinema!, a Latin Film Festival, opens with a dancing demonstration and on-stage lessons, followed by a preview screening of a new film, Havana Rumbera! Screenings on Saturday morning, June 20, include a program of Family Film Shorts, geared for children (12 and up) with animations and narrative shorts written and directed by Hispanic filmmakers and animators.

The goal of diversity does not extend solely to audiences, but to genres of programming. Over the past two years, the Paramount has presented performances by the Hudson Valley Shakespeare Festival’s touring company, children’s programming, and shows as part of the Peekskill Music Festival. The lineup of artists and shows over the next few months features, among others, a little bit country, in the form of Wynonna, then a little bit rock ’n’ roll, Southern style, with The Outlaws, Canadian singer-songwriting from Gordon Lightfoot, comedy from Sinbad and another singer-songwriter who wrote a little ditty called American Pie while living in nearby Garrison: Don McLean.

In addition, a Nov. 7 program in the form of a one-man show examines the life of the African-American actor, singer, orator and political activist Paul Robeson, whose outdoor performances in Peekskill in 1949 sparked the hatred that fueled the infamous riots. 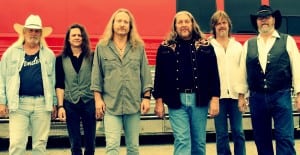 With a goal of cultivating artists from within the regional community, and from that, developing reciprocal support from the community for the theater, the Paramount has booked many local bands as opening acts. Just last week Philipstown’s three-woman harmony-singing group MotherLode opened for Judy Collins, while the Westchester group Sundown will do the same for the Marshall Tucker Band. Some of the bands and artists are drawn from a contest called Best of the Hudson Valley, which has given bands an opportunity to play on the Paramount’s stage. In addition, regular open-mic nights alternate monthly with comedy nights; some victors wind up being rewarded with opening-act gigs.

“Movie palaces used to be the center of the town, the catalyst for it. Now music can do it,” Heitmann said.

For information on the Paramount Hudson Valley’s upcoming events, including the 85th birthday celebration, visit paramounthudsonvalley.com or call 914-739-0039.