Local veterans on their service to their country

Scroll down for a video in which local veterans share their thoughts on patriotism.

If any local resident has earned the right to celebrate the Fourth of July it’s 97-year-old Joe Etta, a World War II veteran. Etta, a machine gunner, survived invasions in North Africa, Sicily and the biggest operation of the war, D-Day. His service earned him the American Defense Service Medal; Bronze Star; Distinguished Unit Badge; the European, African and Middle Eastern Service Medal; and a Good Conduct Medal. In 2009, France awarded him their Jubilee of Liberty Medal at a ceremony on the Cold Spring riverfront. 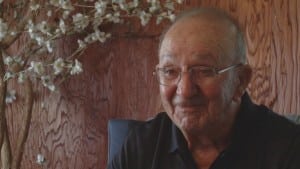 A lifelong Cold Spring resident, Etta enlisted in the U.S. Army in 1941. He vividly remembers Operation Torch, an amphibious landing in North Africa. “It was … a nightmare. I was scared stiff,” he said. “I’m not a swimmer and I jumped into water up to [my neck]. I was scared to death.” 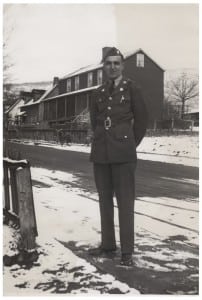 His voice bursting with pride, Etta remembers his unit. “I was very proud to be in the 1st Division … I still am,” he said. “I loved them. I loved the guys I served with.”

Peter Giunta was born in the Bronx and lived in Cold Spring between 2007 and 2014 before moving to Beacon last year. He was drafted into the U.S. Army in 1968 and served for two years, including “365 days” in Vietnam as part of the 2nd Field Force, an airmobile artillery unit. 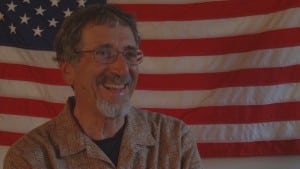 Attending fireworks on the Fourth of July can ignite memories of Vietnam for Giunta, but he said there was no celebrating Independence Day during the war. “The Fourth of July was a holiday for ‘back in the world,’” Giunta said. “Every day was the same … you were just trying to stay alive.” Giunta participated in anti-war demonstrations — and was drafted. “I gave my country the benefit of the doubt and I went … but there were a lot of questions while I was there. 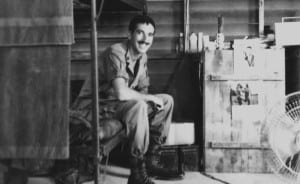 These days, Giunta joins a peace vigil on Chestnut Street in Cold Spring every Saturday — an act he considers patriotic and that demonstrates his freedom as an American. The group displays slogans such as “Bring the boys home” and “Peace is possible.” He said almost all passersby are supportive, but that occasionally, “someone will yell something nasty or give us an obscene gesture.” He recalled one incident when a woman stopped to talk. “She said that if the U.S. leaves Afghanistan all the women who’ve been in school there will have to leave school. It really made us think,” Giunta said.

“I believe in national service,” Giunta said. “I think it’s good, a valuable thing to do. We need an army, but not everyone has to be in the military.”

Francis (Terry) Lahey’s family has lived in Cold Spring for more than 100 years. Three of his brothers fought in WWII — serving in the U.S. Army, Air Force and Navy. He served as a U.S. Army combat engineer during the Korean War in 1951–52, quickly becoming a squad leader because he had studied engineering in college and had construction experience. “I supervised construction of river-crossing bridges and things like that,” especially in North Korea, he said. One bridge though, stands out in Lahey’s mind more than others. He had received a letter from his wife, saying that their baby was due on Oct. 15 — the same day that the bridge he was working on came under mortar fire. “I said to myself, I’m going to be killed on my son’s birthday.” Lahey survived. “My son Terry was actually born on that day!” he recalled.

Lahey wonders if young people are as patriotic as in the past. “I think there were more patriotic people when I was in high school,” he said. “Today they don’t seem to learn enough about our government … and history. If you go back in history, you can learn about what will happen in the future — because history repeats itself.” 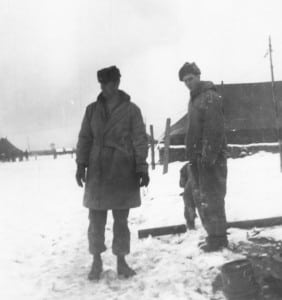 Part of the history that may have been lost is the Korean War itself, which Lahey referred to as “the Forgotten War” — a conflict that he said cost 48,000 American lives. “But South Korea survived. We did a lot for them. That’s why they’re doing so well today.

“I did two years on the Army and never regretted it,” Lahey said. “They never should have stopped the draft.”

Edie Meeks lived in Garrison for 32 years and now lives in Beacon. She served in the U.S. Army Nurse Corps in Vietnam in 1968–70, initially in Saigon and later in Pleiku. This year she will celebrate the Fourth of July with family at a cabin upstate — a far cry from the Independence Day she experienced in Vietnam. “I had been there almost a year … and my whole feeling about the Fourth was different because I no longer trusted my government, no longer trusted the Army.” While she questioned the Vietnam War, Meeks’ loyalty to her country remains unshaken. “I’m very proud that I served,” she said. She’s also proud of her family. Her brother Tom served in the Navy in Vietnam. Her brother Charlie protested the war — and was arrested for it. “My family did not sit on the sidelines and complain,” she said.

Vietnam also failed to diminish her view of the importance of freedom. “Anyone who travels overseas knows how very lucky we are to live here,” she said. One thing she learned from Vietnam is “that our country is not perfect. We have to be ever vigilant [to] maintain the freedoms that we have — because they can slip away so easily.” Meeks has no trouble defining how citizens today can manifest their patriotism. “Keep your eyes open. Be an informed voter — truly informed — not just about what you want to hear. And speak up if you don’t like it.”

Ed Murphy has lived in Cold Spring for 16 years. He joined the U.S. Army in 1956 and retired in 1998 after serving in various units including Special Forces, infantry and airborne. During the First Gulf War he was a command sergeant major stationed in Saudi Arabia, where he trained American soldiers in tactics for desert warfare. Life in the Middle East caused Murphy to reflect on the value of freedom, especially “seeing how oppressed people were there … compared to the freedom we have … the freedom we’re born into in the U.S.” 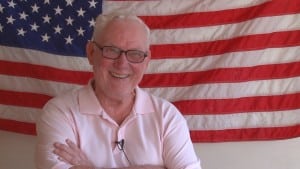 His Special Forces Unit had the motto “Liberate the oppressed,” and they lived by it, he said, giving people freedom in practical ways such as by improving schools and sanitation. “We weren’t there to take over a country, but to help people get back on their own two feet.”

Murphy said that being patriotic should be easy for local residents. “Just respect everybody. Don’t get nasty,” he said. “If you talk about something political — national, international or even local — just be decent about it.” 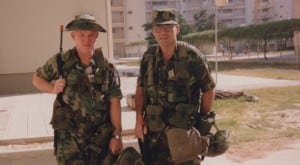 He thinks that young people today still embrace patriotism. “I think they will always step up in an emergency. [Patriotism] will always be there. It’s not a word that is going to get lost in the dictionary.”

‘There were no holidays’

Tom Kivel served in the U.S. Navy from 1966 to 1970 during the Vietnam War, including on the aircraft carrier USS Constellation. His desire to serve carried into civilian life in Cold Spring where he’s lived for 22 years and where he’s a life member of the North Highlands Fire Department and the American Legion. Serving in the Navy influenced his appreciation of the freedoms that Americans enjoy. “Definitely, it has everything to do with it,” he said. 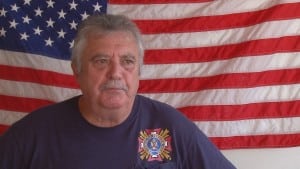 Kivel worked on the flight deck, loading bombs onto A-6 Intruder aircraft. He has no recollection of celebrating the Fourth of July. “If you were on board the ship, you just worked; there were no holidays.” Patriotism, he feels, is alive and well locally. “If you live in Cold Spring you see it on Memorial Day” during the annual parade. “People line the street. They’re very respectful. It’s a wonderful place to be.” Like Giunta and Lahey, he supports national service. “If it was my way, there would be a draft right now … everybody would serve for at least a year.”

One thought on “Independence Day, Freedom and Patriotism”