12U and 10U teams have played well

It has been an exciting all-star tournament for the Philipstown Little League teams. This year a 12U and a 10U team were created. The 12U team is made up of players who are 11 and 12 years old. The 10U players are 10 and 9. Historically Philipstown has had a hard time competing due to the small size of the town compared to Poughkeepsie, LaGrange and some of the large towns we play against. 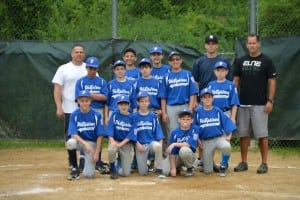 This year, though, has been different. Our 12U team kept every single game extremely close, losing 7-4, 5-4, 5-4 and 5-3 in their finale. The team had a lot of youth on it and was mostly 11-year-olds. Those 11-year-olds will be back next year and will no doubt perform even better than they did this year. 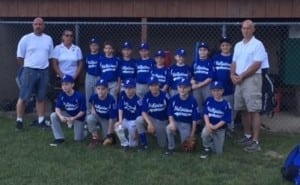 The 10U team has really performed well and jumped out to a 2-0 record in its pool play. This week it lost its first game to a tough Fishkill team. With a 2-1 record and two games left, the Philipstown team needs to win the next two to guarantee advancement into the single-elimination portion of the tournament.

Whatever happens, the players on these teams have played well, given their all and made Philipstown proud!