The Cold Spring Area Chamber of Commerce will host its popular Summer Sunset Music Series, kicking off on Sunday, July 12, and running each Sunday through Aug. 23.

The series, hosted at the Village of Cold Spring’s riverfront bandstand, is now in its 13th year of bringing entertainment to the village for residents and visitors to enjoy free of charge. Concerts, which range in style from country to blues to Americana, run from 6 to 8 p.m. This week kicks off the series with some soul and R&B with the Bryan Lammers Band. 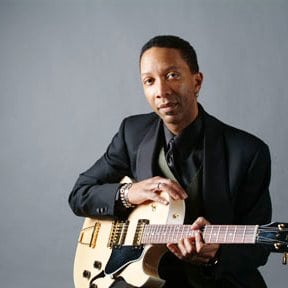 Lammers has performed with and provided musical support for many entertainers, beginning his career as guitarist for Rock and Roll Hall of Fame inductees the Flamingos, as well as the Del-Vikings, Lou Christie, the Shirelles and others. Career highlights include a stretch as a touring member of the R&B band Heatwave, whose 1979 Grammy Award–nominated hits include Boogie Nights. He also served as musical director for vocalist Sara Dash, formerly of Labelle, and worked as session musician for such diverse artists as Robbie Neville, the Cover Girls, DJ Grand Mixer DST and smooth jazz keyboardist Alex Bugnon.

Moving to Las Vegas, Nevada, in 2005, Lammers was a featured performer for many corporate and private functions as well as casino venues on the Strip, such as Caesar’s Palace and the Bellagio. He performed as guitarist for the Platters, Coasters and Marvelettes production show located at the Sahara Resort Hotel. Before leaving Las Vegas, he performed with Rick James’ Original Stone City Band.

Now back in his hometown of New York City, Lammers continues to perform as both a soloist and with multi-musician groups, foremost of which is Soulsystem Orchestras. In addition to performing across the country, Lammers also makes time to provide music therapy programs for nursing homes, adult day care and assisted living facilities in the area, sponsored through such organizations as Hospital Audiences and Lee Perry Gross Music.

The other concerts this season:

The Chamber encourages local residents and visitors to visit local shops and cafés before the concerts and stay for the rest of the evening enjoying the beauty of the Hudson River.

For information about the Summer Sunset Music Series, go to explorecoldspringny.com or the Cold Spring Area Chamber of Commerce’s Facebook page.