RiverWinds Gallery at 172 Main St. in Beacon is celebrating its 12th anniversary and is presenting The Bubble Makers – New Paintings by Dana Wigdor, their July featured artist. The show opens on Beacon Second Saturday, July 11, with an artist reception from 5 to 8 p.m. The show runs through Aug. 2. 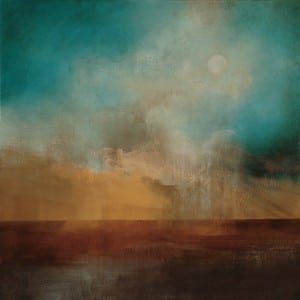 “The Storm” by Dana Wigdor

Wigdor states, “Paint is a perfect medium for capturing the invisible forces that surround us — where color and light build a bridge between what is tangible and the elusive place ‘beyond.’”

Wigdor was born in Bryn Mawr, Pennsylvania, and earned her BFA from the San Francisco Art Institute in 1990 and her MFA from the Vermont College of Fine Arts in 2008. She has exhibited in U.S. and European cities including San Francisco, New York, Moscow and Berlin. In 2004 she received a National Endowment for the Arts Creation Grant to produce her solo exhibition Fugue. The Fleming Museum in Burlington and the Brattleboro Museum and Art Center both featured her artist’s talk, “The Anthropomorphic Machine,” where Wigdor introduced the mystifying creatures that populate her work.

RiverWinds Gallery is open Wednesday through Monday from noon to 6 p.m. and on Second Saturday from noon to 9 p.m. For more information, visit riverwindsgallery.com or call 845-838-2880.