PCIDA Chairman Richard Ruchala estimated that the tax break would cost the Village of Cold Spring $7,500 and the Town of Philipstown $15,000 in mortgage-recording tax income. The village and town get no sales tax revenue, because Putnam County does not return any to municipalities.

The action occurred in Carmel at a meeting that replaced one scheduled for June 23, postponed after local protests that a vote on that date would allow little time for submitting written comments following a June 22 public hearing on the matter. The IDA then reset the vote for July 7.

When completed, the Butterfield redevelopment, undertaken by Paul Guillaro of Butterfield Realty LLC, the property’s owner, would consist of 10 buildings (including the existing Lahey medical offices and a range dubbed Buildings 4-5-6), plus a park, at the southern end of Cold Spring. The structures include three single-family homes and condominiums for middle-aged and older residents.

A symbolic groundbreaking occurred at the site Wednesday morning (July 8).

The IDA defined an agreement with Butterfield Realty as a way to keep the firm from decamping to a tax-friendlier locale.

The deal reflects Butterfield’s interest in “financial assistance, primarily in the form of exemptions from sales and use taxes and mortgage-recording taxes” for two commercial office-retail buildings, one with 15,000 square feet and the other with 16,000 square feet, according to the seven-page resolution the PCIDA adopted Tuesday.

Not available during the meeting, but provided to The Paper afterward, the resolution stated that aiding Butterfield Realty was “necessary in order to permit the company to preserve its competitive position in the industry and to maintain the jobs associated therewith by replacing obsolete and inefficient facilities” — presumably, the derelict hospital building, slated for demolition, “and in order for the project to be economically viable and to preclude the consideration of alternatives which would include the relocation of the company’s operations to a jurisdiction which would not impose so heavy a tax burden upon the purchases involved in the project.” 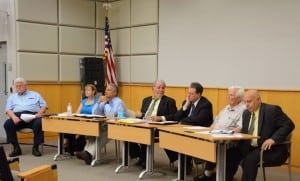 Under the tax deal, Butterfield Realty will lease land or one or both of the commercial buildings to the PCIDA, which then will sublease the holding back to Butterfield Realty. “The reason for the lease and sublease is [that’s] how the IDA gets its authority to give tax abatements,” Ruchala said Thursday. “By leasing or deed, the agency becomes the agent for the county and therefore can pass on its ability to not pay mortgage-recording tax and/or sales tax. The sublease allows the agency to pass these abatements to the developer, owner of the property.”

Cold Spring officials have been concerned about the scope of tax breaks.

“As stated at the public hearing” June 22, “the village’s primary concern is the possibility of abatement of, relief from, or any other action, that would decrease real property taxes and the Fireman’s Service Award expected to be received by the village for the Butterfield project,” Trustee Marie Early told the PCIDA board Tuesday.

She noted that Guillaro has promised to not “grieve” — try to lower — the property taxes and she proposed that the final legal documents “include wording that would prohibit Butterfield Realty LLC or PCIDA” from “grieving” taxes or “taking any other action which would result in decreases in the amount of real property taxes and Fireman’s Service Award monies currently expected to be received by the Village of Cold Spring.”

Furthermore, to successfully claim sales tax relief from construction expenses, Butterfield Realty will have to submit substantial data, Ruchala said. “We actually have to review what they send us to get [a rebate]. It only goes to the two buildings and we have to verify that [sales-tax charge] is not coming from the other buildings.”

Community gains will outstrip expenses, Ruchala predicted. “Your net revenue is $431,000, against almost nothing. You’re really positive, to the tune of $431,000 … besides taking away an eyesore,” he said. 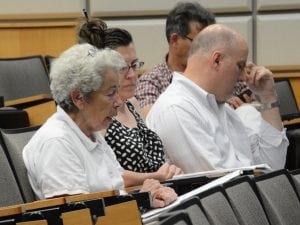 Former Cold Spring Trustee Matt Francisco wondered “at what price” such benefits come. “We also have an aging Victorian infrastructure,” which development could burden, he suggested. “We are not alarmists. We’re not antidevelopment” but worry about the sketchiness of details on the tax-deal implications, he said.

IDA Board Member Maureen McLaughlin, acknowledging that she’s “always concerned about jobs,” said that in the ultimate agreement, awaiting finalization after the vote, “I’d like to see, as much as feasibly possible, that consideration be given first to residents of Cold Spring and Putnam County for these new jobs before they go outside.” Fellow board members informally decided to make that recommendation.

On Wednesday, Early said the village had no further comment on the proceedings.

Guillaro, meanwhile, expressed satisfaction. “We’re glad everything went through nice and smoothly,” he told The Paper.