August tours explore the end of the Gilded Age

Staatsburgh State Historic Site this summer will present a “World War I and the End of the Gilded Age” tour, which will focus on the impact of the war on the social elite and their way of life.

Staatsburgh was the home of prominent social hostess Ruth Livingston Mills and her husband, financer Ogden Mills. The 79-room mansion showcases the opulent lifestyle enjoyed by the wealthy elite of the early 20th century. 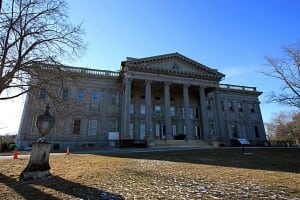