There are a few downsides to being a professional chef: long hours, low pay, the high probability that at some point in your shift you will accidentally set yourself on fire. But there’s also the fact that chefs usually don’t get a chance to watch people appreciate the fruits of their knife-wielding labors.

“Chefs are often behind the lines,” said Benjamin Giardullo, who serves as the president of the board at Common Ground Farm. “They don’t get to serve the food directly to the customers.”

“It’s about everyone being able to come in and eat from a bunch of different great chefs in the area cooking live, who finally get to serve the customers directly,” said Giardullo. “A lot of the food is from Common Ground Farm, but there’s also a lot of local vendors. It’s a great value.” 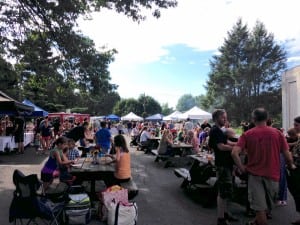 In addition to the local food, there will be craft beers and ciders from eight local breweries; nonalcoholic drinks provided by Drink More Good and Tas Kaffe, and live music from Mimi Sun Longo, Mario Rincon, the Costellos, Tall County and the Breakneck Boys.

“Just about all of these places are doing a lot to support their communities, to purchase and feature local foods on their menus,” said Giardullo. “Collectively, the chefs that we have in our lineup, and the reason why we asked these particular chefs to participate, is that these are all businesses that are working hard to provide their communities with great food and use their purchasing power to support local farms and bring that food to people. It keeps everyone connected to farms and it allows people to support farms without having to drive out to them.”

Common Ground Farm, located at the Stony Kill Environmental Education Center in Wappingers Falls, began 15 years ago as a community supported agriculture (CSA) program with a mission: to not just provide fresh local produce to those who were able to buy a CSA share, but to also fight for food justice, increase food access and provide education programs. But over time it became clear that the limited amount of land the farm had access to — Common Ground currently farms on about 11 acres at Stony Kill — was being overworked in order to keep up with the growing demand for CSA shares. 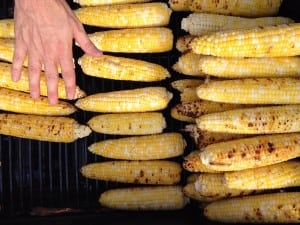 “With the amount of land we had, and not having had lots of land to quickly expand to, we realized that the majority of the land had been focused on the CSA,” said Giardullo. “And the food access, food justice and education programs were taking a backseat.”

With that in mind, Common Ground Farm drastically changed their operations over the past few years in order to focus on their mission. They first reduced the amount of land being actively farmed by almost two-thirds, in order to let the remaining land go fallow so that the soil could recharge. And when CGF’s farmers at the time had the opportunity to create a new CSA called Obercreek nearby, CGF did away with their own CSA program entirely, with the exception of a summer U-pick program.

“The partnership that we formed with Obercreek was a great strategic alliance that helped to kick-start Obercreek’s CSA membership, create a great relationship between Obercreek and Common Ground Farm. And it allowed us to refocus all of our energy on growing food for the whole of the community,” said Giardullo, “whether it be soup kitchens, food pantries or the farmers market.” 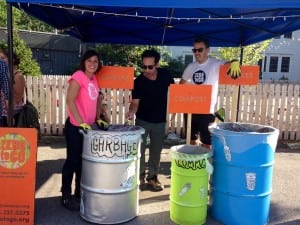 In the future, Common Ground Farm plans to be able to grow food for even more of the community. They are currently finalizing a deal that would give them access to anywhere from 35 to 50 additional acres at another site. The expanded land holdings will give Common Ground Farm a chance to expand the scope of their mission as well — a challenge that the board at CGF is looking forward to.

“It’s about building a community food system,” said Giardullo. “How do we create better access for the whole community to eat the same food; to eat healthy, local food distributed to various areas of the community and not just one café or one grocery store or the farmers market, but just about anywhere where people get food?”

Tickets for the Firefly Feast cost $30 in advance, $40 the day of the event. Children under 12 get in for free. For tickets, visit commongroundfarm.org.