Art by Mary and Russel Wright and Aileen Osborn Webb

The Vision of One — The Power of Two: Champions of Millions opens in the Riverside Galleries at Garrison Art Center to honor three late residents of Garrison whose work had a profound impact on the world of craft and design during the 20th century.

The Vision of One is a summation of the accomplishments of Aileen Osborn Webb (1892–1979), whose philanthropy and innovation changed the Studio Craft Movement of the 20th century. From her early pursuit of establishing Putnam County Products, 1936, in Carmel, to her founding of the Museum for Contemporary Crafts, 1956, in New York City — now the Museum of Arts and Design, Webb played a vital role in elevating the perception of craft in the U.S. She established the Handcraft Cooperative League of America, now the American Craft Council, and the School for American Craftsman at Dartmouth College, now at Rochester Institute of Technology. 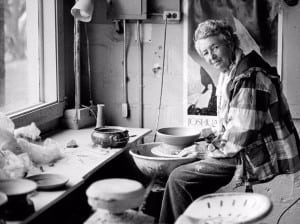 The Power of Two is a presentation of the dynamic partnership between Mary Einstein Wright (1904–52) and Russel Wright (1904–76), their artwork and their pioneering contribution to lifestyle marketing. In addition, the exhibition includes fine art drawings by Mary Wright from the early 1920s that have been seen by few and never exhibited, as well as stage and costume designs by Russel Wright from the same period, also not shown before.

The Vision of One — The Power of Two opens Aug. 29 and runs through Nov. 8. A reception will be held Sept. 19 from 5 to 7 p.m. The Riverside Galleries at Garrison Art Center, 23 Garrison’s Landing, are open Tuesday through Sunday, 10 a.m. to 5 p.m. For more information, visit garrisonartcenter.org or call executive director Carinda Swann at 845-424-3960.