Next to the casino ruins and the fire tower, the Beacon Reservoir is one of the most popular destinations for hikers up on Mount Beacon. But recent visitors have been in for a shocking sight, as the shallow far shores of the 125-million-gallon-capacity reservoir have been replaced with wide flats of fetid, ankle-deep mud.

“We haven’t had any rain,” lamented Ed Balicki, the superintendent of Beacon’s Water and Sewer Department. “We didn’t have a wet April, like we usually do. June was a heavy month. But last month we had less than 1 inch of rain. And every time there’s a severe thunderstorm in the forecast, the storms break apart before they get here.” 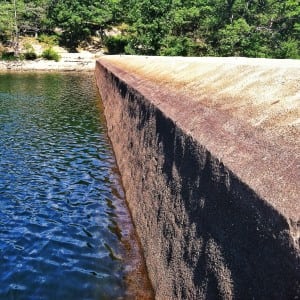 Balicki and his staff visit the main reservoir several times a week and make an official measurement of water levels every Wednesday. (The smaller Melzingah Reservoir is mainly used for emergencies and typically is not utilized for drinking water throughout most of the summer.)

“We’re also looking at the amount of water people are using,” he explained. “We get an idea of how much water is coming in, and how much water is going out, how much water we’re taking from each of the three wells the city has access to.” Based on last week’s reports, the city determined that the water level in the reservoir was about to hit 60 percent. Per the city’s Emergency Action Plan, Beacon officially declared a stage 1 drought alert this week.

Under a stage 1 alert, the public is urged to conserve water by refraining from watering lawns and golf courses, to stop washing their cars at home, to fix leaks and to refrain from washing the outside of their houses or any sidewalks or outside structures by means of a hose. The city is also asking anyone with an empty swimming pool to refrain from filling it at this time, although those with existing pools that utilize recirculating equipment may continue to maintain their pool’s current water level.

Ornamental fountains, ponds, reflecting pools and artificial waterfalls should also not be replenished while the alert is in effect. Businesses and other nonresidential users are being asked to not only cut water usage by 15 percent, but also work out plans for further cutting their water usage by an additional 5 to 10 percent if need be and to be prepared to present those plans to city inspectors when asked.

Residents may continue to water their vegetable gardens, berry bushes, fruit trees or anything else in their yard that produces food; as long as they do so via a handheld container. Water for cooking and sanitary purposes — bathing, laundry, etc. — is also not restricted under the alert.

Balicki is confident that a stage 2 alert can be avoided. 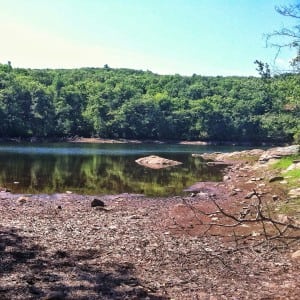 “We have a good working relationship with the two correctional facilities because we supply water to them,” he explained. “They’re enacting a 15 percent reduction in the water that they use. And a lot of Beacon’s residents have been through this before. I think they’ll respond to this positively. This isn’t the first time we’ve had to do this.”

The last time a stage 1 drought alert was issued came back in November 2013; when a long, hot Indian summer rolled all the way through the fall. One of the city’s wells was also offline at the time. But soon the temperatures dipped, snow fell and outdoor water usage dropped dramatically, as it always does once cool weather arrives. The reservoir recovered quickly. But with the city in the dog days of summer, no end appears to be in sight. And dominant weather patterns throughout the country aren’t helping matters.

“The other day there was a pretty severe storm system that came out of the Great Lakes,” said Balicki. “It came down and hit Ohio but that was it. It sputtered out there. So we’re waiting for some moist air to come up out of the Gulf of Mexico, or along the Atlantic, to come and dump some rain on us.”

Until then, Beacon residents will have to get used to the sight of brown lawns and dry trees, as well as using public car washes and pools. But a little conservation now will help the city avoid any further, more stringent restrictions in the future.

“We’re just trying to be proactive and let people know now that our supplies are not indefinite,” said Balicki.