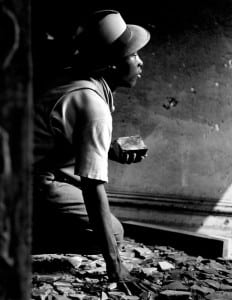 In 1948 Harlem, African-American photographer Gordon Parks entered the inner circle of a teenaged gang leader, Leonard “Red” Jackson, accompanying him to fights, diplomatic sessions with other gangs, quiet moments at home, and even the wake of another gang member. The outcome was a photo essay, “Harlem Gang Leader,” published in Life that same year, which helped to establish Parks as one of America’s most significant social photographers of the 20th century.

The Frances Lehman Loeb Art Center’s special exhibition, Gordon Parks: The Making of an Argument, takes a behind-the-scenes look at the editorial decisions leading up to the publication of this photo essay. The show opens Sept. 25 and will be on view through Dec. 13. Events include an opening lecture at 5:30 p.m. and reception at 6:30 on Friday, Oct. 2; a panel discussion at 5:30 p.m. on Thursday, Oct. 22; and a film series at 5 p.m. on four Wednesdays, Oct. 28, Nov. 4, 11 and 18. 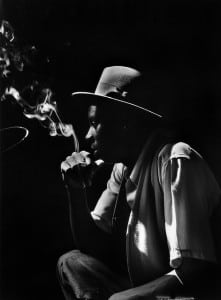 The publication of “Harlem Gang Leader” was a watershed moment, leading to Life offering Parks a job and making him the first (and, for 20 years, the only) African-American photographer on the staff of a major American magazine or newspaper. His most famous images, such as Emerging Man (1952) and American Gothic (1942) capture the essence of activism and humanitarianism in mid-20th-century America and have become iconic images, defining their era for later generations.

The Vassar campus is located at 124 Raymond Ave. in Poughkeepsie. Admission to the Frances Lehman Loeb Art Center is free and all galleries are wheelchair accessible. The Art Center is open Tuesday, Wednesday, Friday and Saturday, 10 a.m. to 5 p.m.; Thursday, 10 a.m. to 9 p.m.; and Sunday, 1 to 5 p.m. For more information, call 845-437-5632 or visit fllac.vassar.edu.