‘I love my job. It’s both creative and technically engaging.’

Sometimes, niche can be everything in a career, even if that niche was arrived at without a great deal of forethought. Jumping in to jewelry — jewelry photography, that is — has proved fruitful for Cold Spring’s Quinn Chandler. Never envisioning himself as a photographer, period, he found that a quick answer of “yes” to sharing a studio and giving it a try has evolved into a specialized, ever-growing professional life in that unusual specialty. 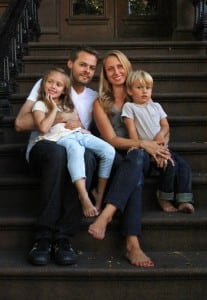 Quinn Chandler, his wife, Shawna, and their two children

Less than a decade later, Chandler works for a full range of clients, in all strata of jewelry design, from high-end designers, where he can exercise his creativity to best show off the pieces, to corporate catalogue work, adhering to very specific and tightly scheduled instruction. Working from both a home studio and one in New York City, Chandler finds himself in the lucky position where there is usually more than enough work out there for him to handle.

Although he initially regarded photography as something he did for fun, Chandler did study it in college, earning a BFA from Ohio Wesleyan University with concentrations in photography and graphic design. At that time, he figured that graphic design would be his line of work. Moving to New York City after college, he found himself working in a variety of jobs, when a fellow “photo nerd,” in his description, asked if he’d be interested in sharing the rent of a Long Island City studio.

“I had no business doing it — had no portfolio at the time, nothing. I had been doing urban exploration photography, just for myself, shooting abandoned buildings like the substation in Riverdale, the Arthur Kill boat graveyard in Staten Island and the Highline before it got re-done. It was just a fun hobby.”

Nevertheless, Chandler took the bait and opted in. He began by taking “any work which came in the door — headshots, shooting events, anything.” This included finding jobs from Craigslist, gaining knowledge from a bit of trial and error as he worked. “I learned how good I was and how bad I was!” he recalled. 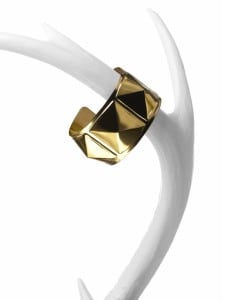 A ring on a branch, photographed by Quinn Chandler

It was through this generalization that Chandler found his specialization: jewelry. “I figured out that jewelry had different requirements, in terms of studio lighting and Photoshopping. I had a great command of Photoshop, and if you’re very interested in those two things, as I was, it’s the perfect field — the right fit for me,” Chandler explained. “I had no mentor. I decided this right around the time the economy crashed — it was an existential career moment; I went all-jewelry.”

That moment proved to be the right move, as “jewelry is something people are willing to pay for … It’s a huge business and most people don’t realize that great parts of Midtown are devoted to it, not just 47th Street, but all around there. There’s not much actual manufacturing, but business happens there. The products are manufactured in Thailand, Italy, Paris, China, India, and they are shipped to New York.”

That’s where Chandler comes in, photographing for advertisements, line sheets (line as in a designer’s fall line, etc.), promotional material brought to trade shows, images for e-blasts and social media. 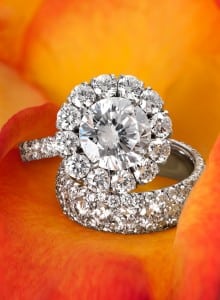 Chandler explained that there are various tiers of jewelry, with “fashion jewelry” (the trade name) at the base: inexpensive items sold online or at drugstores, with low profit margins, high volume. The next level is “mass market,” pieces sold at places like Zales, Kohl’s, Sears and similar stores, some of which is manufactured in the U.S. “They need shots for their websites, with very exact specifications, all approved by editors. They used to try to do it in-house, with, say, the IT guy, and had difficulties. I’m able to come in and do it easily.”

Heading north, price point–wise, is the work of young designers. “Often they have boutiques and need maybe 30 pieces photographed at a time, usually for e-blasts, and then there are the established designers, many with off-street showrooms upstairs in Midtown. Some are designers, some are curators; some are bridal and others are high-end seasonal, one-of-a-kind jewelry pieces. I come in with a mobile studio, so they don’t have to worry about security issues and all the other difficulties of moving the product around in the city.”

Security does factor into the shoots. Chandler has been thoroughly vetted by many a company, and there are sometimes Brinks guards around while he does his work. He has a steady job working for one company in the city where there is much security protocol, including microchipped ID cards, no shipments allowed from outside sources, armed security guards, etc. 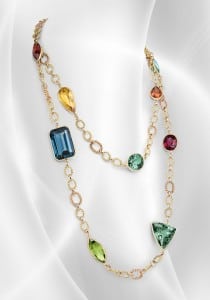 As for equipment, once again, there was no how-to manual for Chandler to consult when he was formulating his new field. He’s arrived at what he uses by thinking things through and trying things out. “If you go to, say B&H, all they have is a light, so you need to build your own stuff. I go to places like Canal Plastics and get them to design something that looks like an igloo! Or I’ve taken a drafting table, mounted Plexiglas and lights onto it, put things on drawer sliders, all suspended. It’s a setup where I can shoot any kind of jewelry and it looks like it’s floating.”

For fellow photo-nerds out there, Chandler detailed his “physics of shooting macro: Because of digitalizing, everything is different now from 20 years ago, when everything was view/tilt coverage. Now I take my high-res DSLR, set to the camera’s sharpest aperture, and I shoot 30 to 50 images, which I then composite into one supersharp image.” 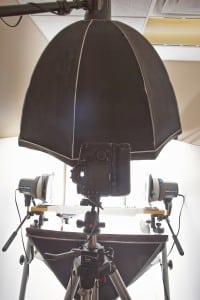 As his business continues to grow, Chandler hopes to book more advertising campaigns. This comes along with obtaining an agent and declining some of the catalogue work, but it will be worth it, he said. “At the level I’m at, I’m working with designers directly. They can articulate whatever they’re after and we can work together to achieve it. In ‘straight business,’ people are often not familiar with the terminology and it’s more cut and dry, whereas editorial work is very subjective and actually a bit of a gamble. Some photographers spend their whole careers just doing catalogues because they can’t deal with the rejection [of ideas] which can come with editorial work. But I’m up for it.”

Chandler and his wife, Shawna, and their two young children moved to Cold Spring from Brooklyn a year ago, after taking a look at many possibilities. Having met each other in Madison, Wisconsin, and loving the vibe there, they were seeking something similar and feel they’ve found it, on a smaller scale, in Cold Spring.