Lighting, sidewalks, restrooms and getting through winter

It isn’t unusual for the public comment period — often last on the agenda — to generate the most passionate discussion at local government meetings, as at the Aug. 25 Cold Spring Village Board workshop when business owners brought up tourism-related issues. Part of the passion may have been fueled by rumors running through the village. 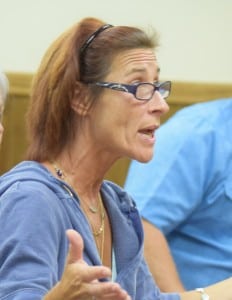 Kismet owner Caryn Cannova pleaded with trustees to do something about Main Street’s poor lighting, broken sidewalks and the lack of effective snow removal. She described Main Street conditions as “treacherous” and contrasted Cold Spring’s 6-foot snow banks along Main Street to Beacon, where, she said, “streets were clear.”

She also urged the Village Board to support the return of the Seastreak cruise boats this fall, stating that its passengers make up 25 percent of her business during the last quarter of the year. “If they don’t come, we’re in a lot of trouble,” Cannova said. “Those people spend a lot of money.” Last year, the New Jersey–based Seastreak visited Cold Spring each weekend from late September through mid-November.

Rumors had been heard in the village that, as one shop owner told The Paper, “the powers that be” were against Sea-streak returning this fall. Comments also circulated that there was a plan afoot to charge passengers an extra fee as they arrived. Mayor Dave Merandy described the extra-fee rumors as “crazy” and said, “No one is trying to stop the Seastreak from coming.” He did say that he does not want the boats to stay at the dock for each four-hour stay, a practice he said blocks visitors’ view of the river.

He also said “rafting” must be addressed. Rafting is the practice of tying a second boat to one that is secured against the dock, a maneuver that could increase the stress put on the dock, especially when waters are choppy. Merandy said that the Recreation Commission was reviewing the Seasteak’s 2015 application and would make recommendations to the Village Board. (See related story.)

Patty Villanova, owner of Side Effects boutique on Main Street, commented that “in the eyes of the mayor” she is probably “the complainer.” She was recently critical of Merandy in a interview with the Putnam County News and Recorder and at Tuesday’s meeting said that he might be too “thin-skinned.” The mayor was visibly agitated and responded with a distinct “Hardly!”

Villanova supported the return of the Seastreak but focused on the need to improve Main Street lighting, expressing surprise that was not on a list of “pending projects” reviewed earlier in the meeting. She presented a copy of a report from the New York State Public Service Commission, which she said recently had approved funding that would enable Central Hudson to install new lighting on Main Street “essentially for free.” Villanova said that tourism is a “win-win” for Cold Spring because while tourists spend money locally, they require few services, especially when compared with resident families with children.

Bigbelly trash compactors were on Craig Muraszewski’s mind. When the owner of the Cold Spring General Store learned at Tuesday’s meeting that the high-capacity, solar-powered, computerized garbage containers are now available only on a rental basis, he said he would gladly pay the $80 monthly fee to have one placed in front of his store. Muraszewski too was adamant in his support for having the Seastreak return. Like Cannova, he stressed that fourth-quarter tourism helps him survive the much slower winter season. The cost of heating oil alone, he said, can eat up the store’s fourth-quarter revenue, especially during the severe winters of late. 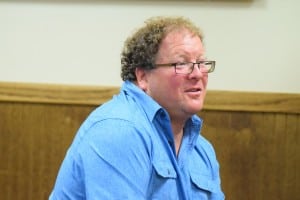 Shop owners also honed in on problems with the public restrooms near the pedestrian tunnel — including long lines, disrepair and “filthy” conditions. Bob Hayes, co-owner of Hudson Hil’s Café, said that because of heavy seasonal usage he has had to install better-quality toilets simply as part of the cost of doing business. Trustee Fran Murphy pointed out that while the restrooms are cleaned each morning, by 10 a.m. Village Hall begins to get complaints about their condition.

The New York City Department of Environmental Protection (DEP) has approved the village’s request to tap into the Catskill Aqueduct where it passes by Nelsonville just east of the intersection of Route 301 and Fishkill Road. The connection is needed to provide water to Cold Spring and Nelsonville during the planned draw-down of the two reservoirs on Lake Surprise Road, required to repair the reservoirs’ aging dams. The approval is conditional upon the village’s prompt provision of several support documents within 30 days, a requirement that irked Murphy. “The city sat on this for a number of years,” she said, “and they give us three weeks” to respond. The board authorized the mayor to request a 60-day extension for submitting the documents.

Murphy also reported on two potential grants from New York State — one to help defray the cost of tapping into the Catskill Aqueduct and the other to assist with relocating the Market Street sewer pumping station and the relining of decaying sewer lines on Fair, Market, Fish and North streets. The board approved submission of the grant applications, although Murphy characterized chances of success as “not a big possibility.”

To update the design standards that it enforces, the Historic District Review Board recently interviewed two firms as candidates: Dobbs Ferry–based architect Stephen Tilly and the Corning-based architectural firm of Johnson-Schmidt. Deputy Mayor Marie Early suggested that the board accept HDRB’s recommendation that Tilly be hired, commenting that the firm has “done a lot of work with the village in the past … and is very familiar with the historic fabric of the village.” Her fellow trustees agreed and approved the hire.

Real Simple magazine will do a photo shoot at the home of the Santos family on Parrott Street on Aug. 29. In correspondence, Photo Editor Kelly Clark said that the goal of the shoot is to show the magazine’s 3 million readers “how wonderful and supportive the village of Cold Spring has been for a family who suffered devastating hardships over the years.” In 2013, 41-year-old Melissa Santos was diagnosed with multiple myeloma, and a call went out to the community for bone marrow donors. Her mother-in-law, 65-year-old Helen Santos, was killed on May 10, 2014, in a traffic accident. And in May of this year, the Parrott Street home of Darrin and Melissa Santos was destroyed by fire.

Clark wrote: “The goal for this story is to draw attention to both the Santos family and the community of Cold Spring to explain how important it is to offer help when needed, not just globally but locally.” She added that she hopes the photo shoot will show readers the faces of “those who pitched in and helped the Santos family along the way ….”

Erik Hasler, a representative of Lime Energy, a subsidiary of Central Hudson, discussed an energy audit for village-owned buildings, aimed at determining savings by replacing current, traditional fluorescent lights with light-emitting diode (LED) lights. Trustee Cathryn Fadde said that a similar audit of her restaurant produced big savings. However, Early pointed out that the preliminary village audit overestimated the amount of time that lights are required to be on at a number of the facilities. The village will provide an accurate assessment of its lighting needs, enabling Lime Energy to revise its audit.