Ron Ray lays out his plans for change

Ron Ray has called the City of Beacon his home for 26 years. In those years he’s been witness to a lot of changes, and in his opinion, not all of them have been positive.

“I’ve seen a touch of gentrification,” he told The Paper. “When I walk down the street now I don’t see many people I know anymore, and I’ve lived here since 1989. It’s not as diverse as it used to be because of the rent. The rents are becoming unaffordable.”

Rising rents and property taxes pricing out longtime locals is becoming a familiar complaint on the streets of Beacon. But rather than simply complain, Ray has decided to do something about it. He recently threw his hat into the ring for Beacon’s mayoral election in the fall. Ray is backed by the city’s Democratic Party and will be running against incumbent Mayor Randy Casale, an independent who is backed by the city’s Republican Party. 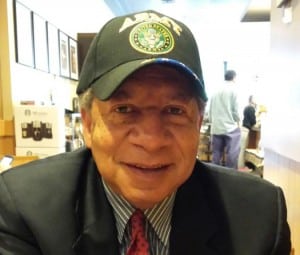 Ray is no stranger to public service, having done stints as a Dutchess County legislator, as the City of Beacon housing commissioner and as a member of the Dutchess County Reapportionment Committee, not to mention time in the U.S. Army, the New York Army National Guard and 26 years as an officer with the New York State Department of Corrections.

“I’ve always been a public servant and I like to serve the residents,” said Ray. “I like working with people.” And he said that the people of Beacon have already been giving him an earful as to what needs changing.

“Since Randy Casale has been in office, both as mayor and as a member of the City Council, taxes have gone up 25 percent,” said Ray. “He may not feel that because he’s not a homeowner in Beacon, but people like me feel it. And when I’m out knocking on doors, meeting people, they’re upset about it.”

Ray says he’ll work to keep taxes low by consolidating city departments and taking a long, hard look at some of the new positions that have been created under Casale’s tenure. “This mayor has appointed a fire chief, a police captain and a full-time recreation director,” said Ray. “For a city the size of Beacon I don’t see the need for a full-time recreation director. And he’s made his secretary full-time even though he’s a part-time mayor.”

Ray would also like to re-examine two city projects that have been in the works for years: the construction of a parking garage at Churchill Street behind the former Matteawan train station, and the plan to consolidate the city’s three firehouses into a new, yet-to-be-constructed firehouse. He said that both projects would lead to an $18 million shortfall in the city’s budget, which would lead to further increases in taxes — an increase that the people of Beacon should have a say in.

“This referendum on the firehouses and the garage has been going on for too long,” he said. “When I’m elected as mayor, one of my first actions will be to bring those to a vote. Let the voters decide.”

But there is one aspect of city government that Ray would like to see expanded: the police force. Although he stresses that the Beacon of today is a safe place to be, he worries that many of the changes on Main Street over the past few years are turning it into a place that might not feel so safe for much longer.

“During this renaissance of Beacon, we’ve had a dramatic increase in the amount of establishments serving alcohol,” he said. “So I’d like to have a larger, fully funded police force. Because with that many drinking establishments now, we all know what could happen. If you don’t have a lot of police officers on duty at night, all it takes is for two of them to be tied up dealing with an incident and then the rest of Beacon is at risk. And I want tourists to feel safe when they come here so that they will stay and spend money.”

Keeping Beacon safe and affordable for everyone should keep Ray busy during his time as mayor if he’s elected. But he’ll have to work quickly to set his agenda in motion: If he does win the election in the fall, he doesn’t envision serving as mayor for longer than four years.

“I pledge to serve only one term,” he said. “I’m in my 60s now and I’d like to spend some time with my kids and my grandkids. One term as mayor will lead me into my 70s, and I think by then I’ll want to sit back and just enjoy life.”