Mona Z. Smith’s work to be read at Butterfield Library

The very first page of the preface to Mona Z. Smith’s book Becoming Something: The Story of Canada Lee provides a clue as to why she wrote not only the book but a screenplay devoted to the same subject:

This is the story of a talented and ambitious black man … a patriot who fought tirelessly for the rights of his people and for all people who did not enjoy the full privileges of American democracy, a man viciously dishonored and virtually deleted from this nation’s history. This is the story of Canada Lee, an unsung hero, a voice of dissent silenced by the McCarthy-era blacklist.

A free reading of excerpts from Smith’s screenplay, which is currently being developed as a miniseries, will take place at Butterfield Library on Saturday, Sept. 12, from 6 to 8 p.m.; a Q-and-A session follows. 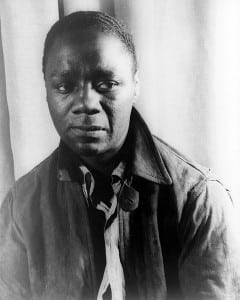 Smith began her study of Lee in the pre-Internet era of 1994, doing all her research from archives. Smith’s initial curiosity related to the intersection of race and politics around World War II. A footnote in a book, noting five deaths as directly attributable to the blacklist, piqued her interest. “Canada Lee’s name was there,” Smith said, “and that was the start.”

Lee, 1907–52, was a multi-career man. Born and raised in New York City, he studied violin, then attempted to become a jockey. Turns as a welterweight boxer and orchestra leader followed, before he chanced upon an audition for a play, got a part and stuck to it. Aided by an affiliation with Orson Welles, who cast Lee as Banquo in his Federal Theatre Project (FTP) production of Macbeth, Lee’s career thrived.

Lee performed in an Ethel Waters musical on Broadway and narrated syndicated radio shows. Welles cast him again as Bigger Thomas in his controversial 1941 production of Native Son. The production garnered raves. Lee’s stage career expanded throughout the 1940s. He began to work in films as well. Now remembered chiefly for his role as a sailor in Hitchcock’s Lifeboat, Lee also appeared in the boxing noir Body and Soul.

Always a civil rights activist, never refraining from speaking his mind and active in numerous leftish creative circles of the period, Lee found himself labeled a Communist by the FBI and House Un-American Activities Committee in 1949. He began to see his opportunities eroding as he became officially blacklisted. Although his death at the early age of 45 was attributed to a heart attack, Smith, along with many others, believes the stresses of that period caused him to physically weaken and succumb. 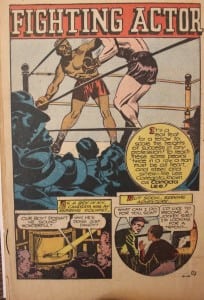 “His story deserves to be told, because Canada epitomizes the American Dream … and what’s incredible to me is that while he fought so hard to succeed in his work, he would not shut up about what was happening to his people,” Smith said. “He was a tremendous patriot, but his career — and his life — got taken away because of his principles. When you talk about ‘Black Lives Matter,’ they do matter, and that’s what Canada said, every day of his life. He should be honored for it.”

Smith’s own story has the makings of screenplay fodder. She was born and raised in Winnetoon, Nebraska, where the population of 62 makes Cold Spring feel like a metropolis. Smith’s dad, as she described it, “drove the dead truck; he went around collecting carcasses of dead varmints. … My dad was a fabulous storyteller, though he barely finished high school. In the truck he’d recite the six or eight soliloquys he’d memorized. Either he was telling me stories or singing along with Hank Williams, or reciting Shakespeare. I loved sharing all this with him, but we lived below the poverty level. I knew I wanted to go to college and get out of town … I got a job keeping stats for a local baseball team. …

“The local paper editor — it was a one-man shop — told me, ‘You write ’em up for me — six inches.’ That’s how I first started telling stories.”

Smith attended the University of Nebraska on a scholarship, writing for the college paper. The professors there instilled in her the idea that “you should tell any story you’re passionate about. That’s stuck with me and explains why this story [of Canada Lee] has compelled me since 1994.”

Through a professor, Smith was invited to do an internship at the Miami Herald. Smith dubbed herself “a fourth-string reporter, covering crime, the environment, local politics. … After four years I felt blue, writing every day about the worst things we’re capable of — the cheats, the killers, too much.”

Convincing her boss that a couple of months in Paris would be the cure, Smith ended up staying there for four years. She was exposed to the theater of Peter Brook and Jacques Lecoq and wound up doing public relations for them. “They told me I should write for the stage — and I believed them. I started then and there and found I loved writing dialogue, letting people tell their stories in their own words. … Eventually I decided to go back to school to get my master’s.” 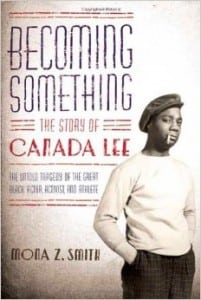 That she did at Columbia University. Her first play, Fire in a Dark House, was loosely based on hate crimes directed at German-Americans during World War I. Her second, Borderland, concerned two young women, one half-Muslim, the other a Serb. Borderland was produced at Soho Rep.

Smith and her husband, Greg, moved to Cold Spring in 2009, along with their young son. (Smith also has a daughter, currently in law school.) “We both grew up in small towns, and we started coming up here to hike when we lived in Brooklyn. We decided we needed to live here.”

Smith is now a consultant to nonprofit arts organizations and does grant writing for Hudson Valley Shakespeare Festival. On the side, she is working on a chapter book for young people as well as a book of fictional history related to glassmaking and time travel.