Ferris’ family and friends attended the event, held at the department’s headquarters in Carmel. He began his career in law enforcement in 1982 as a corrections officer at the Putnam County Jail and went on to become a sheriff’s deputy and a K-9 handler before being promoted to investigator in 2000. 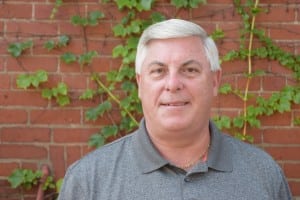 Commenting on his retirement, he told The Paper, “It’s a very big adjustment, and a huge responsibility lifted off my shoulders.” For now, Ferris said he plans “to just relax, do a little fishing, and clean out some junk I’ve collected over the years.” Looking ahead, he said he intends to continue serving his community, possibly by joining the Cold Spring Police Department.

He said he may also pursue private security work. But for now the 57-year-old Ferris said, “If you need your house painted or a ride to the airport, I’m your guy.” He and his wife, Doreen, have four children: Alisa, Danielle, Melanie and Robert Jr.