Although its reach extends across the country, The Garden Conservancy has a low profile on its home turf of Philipstown, with many locals unaware of precisely what the organization does.

The nonprofit was founded 25 years ago by the late Frank Cabot, who, with his wife Anne Perkins Cabot, designed and cultivated Stonecrop Gardens in Cold Spring as a private garden on their property before supervising its seven-year transformation into a public garden in 1992. They envisioned The Garden Conservancy as a way to preserve and share outstanding U.S. gardens to both inspire and educate. Today it has its national headquarters at Winter Hill in Garrison; its roster of preservation gardens include Rocky Hills in Mount Kisco and the Humes Stroll Garden in Mill Neck.

Frank Cabot remained an active Garden Conservancy board member until his death in 2011. House Beautiful described him as being “as likely to be wearing dungarees with kneepads strapped on and pruning shears holstered in the back pocket as he is a blazer and bow tie.” 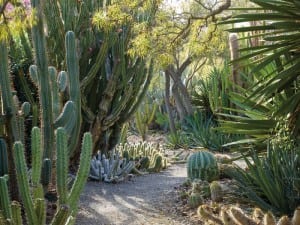 The Cabots also had roles in founding Glynwood Center, on lands owned by Anne’s parents, George and Lynn, whose dedication to conservation reflected the generation before them: George’s father, also named George, created the Palisades Interstate Park Commission and served as chairman for many years.

“The original mission was to preserve particular gardens,” explains GC President and Chief Executive Officer Jenny Young du Pont. “Over the years we evolved into helping them transition, and now we’re also helping nascent public gardens improve their practices.  In additional we’ve expanded our ‘saving’ work helping people rehabilitate public gardens — for instance we’ve been working at Alcatraz, under a Save America’s Treasures grant — we found the funding to restore the historic gardens there which few even knew about.” 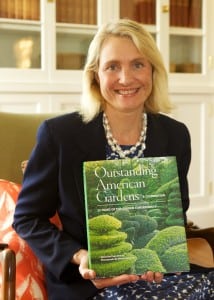 A coffee-table book that celebrates the conservancy’s quarter century of work, Outstanding American Gardens: A Celebration, will be published on Sept. 22. Edited by Page Dickey, it features photographs by Marion Brenner of more than 100 Open Days gardens. The book is a “snapshot of everything we’ve done, as well as a call to action to save gardens — especially in light of encroaching development,” says Laura Hamburg, a spokesperson for the conservancy.

The selections range from American interpretations of British, Mediterranean and Japanese gardens, to those entirely native to a geographic region, to types such as dry, shade or organic. The gardens are, “a melting pot — the embodiment of our society,” Hamburg says, “And they’re so good for the psyche of community.”

The Garden Conservancy exists because of a “can we squeeze one more thing in?” moment. In 1989 Anne Cabot induced her husband to have a look with her at Walnut Creek, a private dry garden on a walnut farm in Walnut Creek, California, before heading to the airport to catch a flight home.

After touring the property and learning that the 86-year-old owner and designer of the garden, Ruth Bancroft, would likely be unable to continue with it much longer, Frank Cabot grew concerned. (“It was a garden filled with cactus, which is not my thing at all,” he would later recall.“Much to my great surprise, I remember actually shivering at the beauty of it.”) Anne suggested he remedy that by starting a conservancy, built around the notion of turning private gardens into public entities. 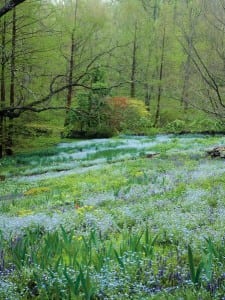 The Rocky Hills garden in Mount Kisco, which is supported by The Garden Conservancy (photo by Marion Brenner, from ”Outstanding American Gardens”)

American gardens should engender the same preservation fervor as battlefields and national parks, Hamburg argues. “Gardens were fundamental to the founding of our nation,” she says. “After all, if you didn’t have a garden, you wouldn’t eat.” Further, because the conservancy believes gardening often inspires people to become conservationists and environmentalists, it supports programs that develop green skills at all levels.

“The point of public gardens is to inspire, educate people,” du Pont says.  “They’re an expression of cultural heritage, an artistic expression, they’re cathartic, calming, important parts of communities; they can hold a host of historical ideas presented alongside new ones.”

In relation to the GC itself: “We’d love to capture hearts and minds, inspire the public to appreciate gardens and recognize their values — to not be afraid of embracing it in their own homes; could just be pots on a terrace.  A passion for gardening is a passion for the environment, a gateway to appreciating all of it … . We’re lucky to be here in the Hudson Valley, surrounded by so much natural beauty that others before us have preserved.”