For all the work that goes into mounting a production as monumental as a film festival, there’s one aspect that often gets overlooked: The watching.

“We had about 2,400 submission this year,” said Terry Nelson, the founder of the Beacon Independent Film Festival, which kicked off its third season Friday, Sept. 18 at the University Settlement Camp in Beacon and runs through Sunday, Sept. 20.

In order to deal with the deluge, Nelson and his 10-person team first decided to double the amount of movies being shown this year, up to 44. Then they managed to somehow whittle the pile of 2,400 films down to 150.

That’s when they called for backup. 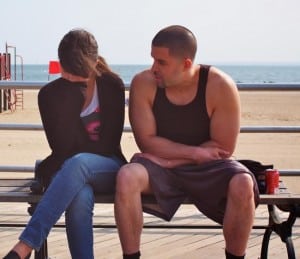 A scene from ”Coming Home”

“After we got it down to 150, we asked ten more Beaconites that we knew — gallery owners, artists, writers — to look at the movies that we’ve sifted through and then give us their recommendations,” said Nelson. “We wanted to make sure we vet these movies and we don’t want to keep this festival in a bubble.  It would be easy to get into groupthink and not have other people see what’s going on. It was important for us to get people that we trusted involved, to take a look at what we selected.”

That focus on involving the larger Beacon arts community in the festival plays into the festival’s programming on Sunday, as part of a special program called The 845. The films chosen for that particular program not only contain films made by Beaconites, but films about issues that affect those living in the Hudson Valley. “People who live in Beacon are proud to live in Beacon,” he said. “They’re proud of what we do here, the things we accomplish here, and that we’re an arts community.”

The final film in the program, and the festival itself, is Farewell to Factory Towns; a documentary about former factory towns finding creative ways to reuse their crumbling infrastructure. The film centers on the story of North Adams, Massachusetts, and the conversion of a factory building there into the celebrated Mass MOCA museum — something that Beacon, with its own world-famous museum sitting inside a former Nabisco factory, can relate to.

“The filmmaker will be here to answer questions after the movie, and we’re going to try and figure out why he decided to make this film and is this really a growing phenomenon across the country,” said Nelson. 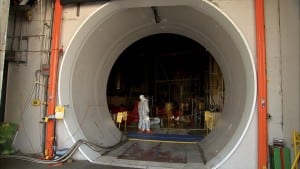 A scene from ”Indian Point”

Another film sure to be of particular interest to those in the Hudson Valley is Indian Point, a documentary about the infamous nuclear power plant down in Peekskill. Directed by Cold Spring’s Ivy Meeropol, it will be shown Saturday night as part of a program entitled All In. Nelson said that the film managed to jolt him and his fellow screeners out of the malaise that naturally settles in when one is plowing through over 2,400 films. “When you come across a movie like Indian Point, it really snaps you out of that, and back into focus,” said Nelson.

Another movie that grabbed Nelson and his team’s attention was Election Night, which will be shown directly after Indian Point as part of the same program. “It’s a short film about a family that’s waiting in a green room on election night, and the conversation that they’re having,” explained Nelson. “You don’t really expect the twists and turns that come out of that conversation. People have preconceived notions and stereotypes about certain political parties, and this film shatters them. I wasn’t sure how we’d fit it into our festival, but I’m glad we did because it’s one of the best things I’ve seen all year.”

The festival will also be showing films made with local kids in collaboration with the Spark Media Project on Sunday morning as part of its ongoing educational programming, which Nelson plans on continuing throughout the year. “There a bunch of kids out there who love making movies and don’t have an outlet for it, or any way to learn about it,” he said. 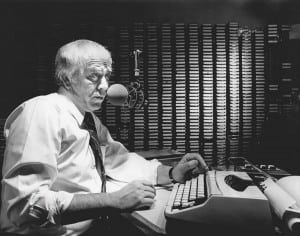 A scene from ”I Am What I Play”

After the festival closes Sunday night, Nelson and his team will have earned the right to kick back and rest on their laurels for a bit. But Nelson’s plans for the aftermath are decidedly short on taking it easy.

“Sure, I’m going to get a good night’s sleep!” said Nelson with a laugh. “But then the next day we’ll get together and start thinking about Year 4. Because it’s evolving into a year-round project. We’re so grateful to this community for embracing us and accepting us. And I already can’t wait to make next year even better.”

Tickets for the festival can be purchased online at beaconindiefilmfest.org/tickets. Prices range from $12 for a single program to $35 for a 3-day pass that covers the whole festival.