The boys ran first and finished 10th in their heat ahead of Beacon, Valley Stream and S.S. Seward. 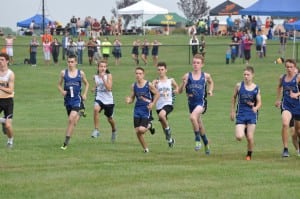 The teams’ average running time was 18:41 as compared to 19:10 back in 2013. Coach Tom Locascio commented: “Although our team finish wasn’t near the top, we are so much better than just a few seasons ago. I’m very happy with our performance.”
In another heat, freshman Kenney McElroy medaled, finishing 13th, running an 18:31.

The Haldane Girls front, they too showed significant improvements over the last run in Warwick in 2013.

With an average running time of 23:38 from 25:26 two years ago, the girls are getting stronger every day. 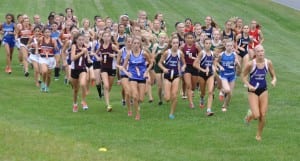 Locascio commented: “Although we do not have the numbers, each runner is dedicated to the sport. I expect them to continue to improve as the season continues.”

Next week, both teams will be in action again at the site of the 2015 NYS Championship at Monroe-Woodbury High School.