Editor of “How to Dance in Ohio” is Philipstown resident 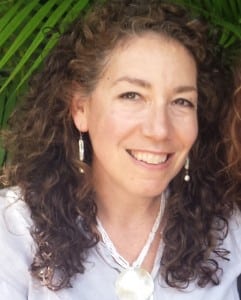 Arts/Feature Editor Alison Rooney posed these questions about How to Dance in Ohio, and these are Shimin’s written replies, edited slightly for conciseness:

As editor of a film with this type of narrative, do you strive to avoid sentimentality? Is that a directive from the director?

In creating a character driven film, there is a fine line between sentimentality and authentic emotional connection with the story’s subjects. For me, one of the most important mandates in storytelling is to allow an audience to feel like they are “living with” the characters and not “looking at” them.

During the editing, director Alexandra Shiva said that this was extremely important to her and that she wanted the audience to feel the way she and producer Bari Pearlman felt after spending 12 weeks shooting with them.

Often, in films that cover stories of people with disabilities, the parents and care-takers are the ones who give the emotional voice to a story. Alexandra and Bari wanted the film’s subjects to speak for themselves as much as possible, which was one of the reasons we decided to focus mostly on people on the higher functioning end of the autism spectrum.

The three girls were chosen because of their unique eloquence as well as their respective stages of coming of age. Marideth is in high school, Caroline is starting college and Jessica is beginning a job.

What made you most proud of your work on the film?

By the film’s last scene, I think the audience actually feels the triumph in what would ordinarily seem like small social steps. We had one 8:30 a.m. screening for 700 high-school and middle-school students who we expected to be a sleepy and surly audience but they were completely engaged. By the end of the film, they were literally cheering for the girls. The principal at one school came up to us with tears in her eyes to say, “This film should be shown in every school in the country!”

Is the hue and cry over manipulative editing of reality TV shows something you keep in mind during the editing of a documentary film?

By the very act of carving a story out of hundreds of hours of footage, as happens in most documentaries, there is always manipulation in the shaping of story. But I always consider the distinction between “facts” and “a larger truth.” Does each scene capture the essential truth of each character as the story moves forward?

After a year of editing, we brought the cut to Columbus to show it to all the people who participated in the film. The response was unanimous: the film conveys their struggles and triumphs honestly and truthfully. There was even one participant who, during filming, had asked that his face be blurred out, but once he saw the finished cut, he asked to have the blurs removed because he loved the film so much.