When Pope Francis joins an interfaith group at the 9/11 Memorial in Manhattan on Friday (Sept. 25), a face from Philipstown will be there, too.

Father Elias Mallon, a member of the Franciscan Friars of the Atonement headquartered at Graymoor in Garrison, was invited to participate in the gathering at the National September 11 Memorial and Museum. Mallon serves as external affairs officer of the Catholic Near East Welfare Association, a New York City-based organization for fighting poverty in the Middle East and beyond through projects to improve infrastructure such as irrigation, provide education and aid refugees, including those fleeing Syria. 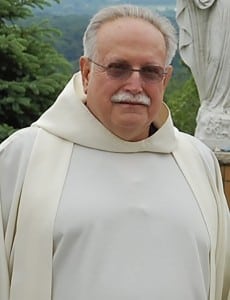 The pope’s 40-hour visit to New York, which began Thursday afternoon and concludes Sunday morning when he departs for Philadelphia, includes an evening prayer at St. Patrick’s Cathedral, an address to the U.N. General Assembly, the service at the 9/11 Memorial, a visit to Our Lady Queen of Angels School in East Harlem, a motorcade through Central Park and a mass at Madison Square Garden.

In an interview, Father Mallon noted that in addition to representatives of the world’s three largest monotheistic religions – Judaism, Christianity and Islam – the ground zero event would include believers from the Native American spirituality, Buddhist and Hindu communities. “If a religion is represented in New York City, it will be there,” Mallon said. That inclusiveness, he added, “was very much” Pope Francis’ doing.

He finds parallels between the approaches and ideals of Graymoor and the pope, a Jesuit who took his papal name from Francis of Assisi, who founded the Franciscan order. “With the pope, the Friars and Sisters of the Atonement are trying, through the work of unity and reconciliation, to make the world a better, safer place for everybody,” Mallon explained. 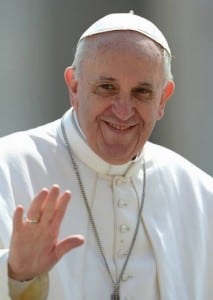 The pope “is profoundly concerned about Christian ecumenism with the Protestant churches, the Orthodox churches,” Mallon said, and with dialogue “with religious people around the world and what I call religious-conflict resolution. I can’t remember a pope since John XXIII who was so committed to ecumenism.”

Mallon pointed out that Francis’ recent encyclical, “On Care for Our Common Home,” released on May 24 (online at papalencyclicals.net), concludes with two prayers – one in a form familiar to Christians and one that Jews, Muslims and others can recite. “It’s incredible,” he said. “I don’t think any [other] pope ever wrote a prayer for non-Christians.”

During his visit to New York, the pope was expected to emphasize “our shared responsibilities to the planet – if the planet goes down, we all go down with it,” Mallon said, and about “our common call as believers to work for peace and justice in the world.” Francis, he observed, “is not just concerned about people going to church. He’s very concerned about children going to bed hungry.”