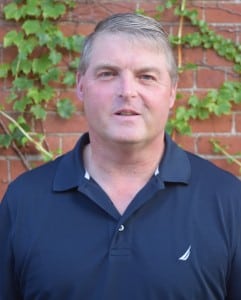 Bob Flaherty was appointed to the Philipstown Town Board this past spring, filling a vacancy created when Dave Merandy was elected mayor of Cold Spring. Flaherty is now seeking election for the first time, running for one of two contested seats.

The Paper met with the Democratic candidate to discuss his qualifications and town issues. The interview has been condensed and edited while staying true to Flaherty’s responses.

Why are you running for Town Board?

I’ve always volunteered a lot in the community, such as with the Knights of Columbus. I’ve been here for 55 years and this is a natural progression for me at this point in my career. About 10 years ago Bill Mazzuca asked me to run and I didn’t have the time to do it. I felt I needed to put in time and effort and at that particular time I had too many other things going on. I have a little more flexibility now. I think I can do a good job of serving the people.

What are your qualifications and skills?

I’m a very dedicated person, a loyal and honest person. I think my professional background as a senior project manager in information technology is also a plus. I’m responsible for a gross profit at the end of projects so I have a good understanding of budgets. The biggest thing though is I’ve been a member of this community forever. I love Cold Spring and Philipstown. When I was asked to serve on the board I gave it a lot of consideration — I just didn’t say yes right away. I asked [Philipstown Supervisor] Richard Shea a lot of tough questions about what needs to be done. I made a very thoughtful determination before I said yes.

What two priority issues facing the Town Board in the next year are you most eager to tackle?

One thing that’s been talked about for a long time is shared services between Cold Spring, Nelsonville and Philipstown. Our building inspector helping out Cold Spring with Butterfield is just the tip of the iceberg. We also had a meeting with Nelsonville to talk about what services we could help them with — the building department and the court system.

Another big project is that the Town Hall needs updating. Everyone’s aware the stairs are very steep. We’re looking to modernize the building to some extent, get an elevator in there and better stairs. The sale of the VFW building will hopefully allow us to do that now since we have a little excess money that we didn’t have in the past.

The idea of creating a Garrison Fire District is generating debate. What is the best outcome for Philipstown residents?

A fire district would be the best way to go. This gives the people of Garrison an opportunity to have a little more input, to say what they want to do. They’ll actually have a vote if they want to purchase any large apparatus or other big expenses. It gives people in Garrison more control over finances. At the first public hearing I asked if there could be a public referendum to see if the citizens of Garrison want to become a fire district or not, but you can’t do that. It’s regulated by the state.

There is a question about doing it this late in the year. Nothing is etched in stone. If we don’t make a decision [at our meeting] on Oct. 1st we’ll probably make that decision early next year. I believe everybody on the board is in favor. And at the last public hearing I think that people were coming around to it as well. I think the majority of people are very open now to the idea of Garrison becoming a district.

The proper handling of dirt roads remains an issue. Do you think the Town Board’s decision-making process has been fair? Has it allowed enough public input?

There’s definitely some things we can improve on. [Highway Superintendent] Roger Chirico has a five-year paving schedule. I think we need to look at that schedule. I’d like to make it public so everyone is aware of our plans. I don’t think we need to pave every road. Over the last four years I think we’ve paved less than a mile of roads. There’s a lot of maintenance on the dirt roads.

According to our superintendent of highways, there’s 80 percent maintenance cost on dirt roads versus 20 percent on paved roads. We look at areas where there are steep slopes — 10 to 15 percent grade that are constantly washing out — those are the areas we have to concentrate on. Unfortunately every time we do it, it does stir things up. A couple months ago a survey in the PCNR was 86 percent in favor of paving. I think we made the right decision.

What is the one overriding reason why Philipstown residents should vote for you?

I believe my dedication, honesty and being a member of this community all these years is a plus. When I get involved with something I follow through. At work, I have to make sure that when something is started it’s completed. And I think I represent the whole of Philipstown, not just a particular party.

3 thoughts on “Flaherty Seeks Election to Town Board”