Libertarian runs with Republican and other endorsements 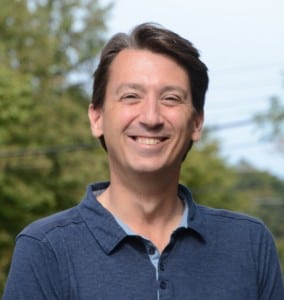 Craig Watters, a member of the Libertarian Party running for the Philipstown Town Board, discussed his candidacy with The Paper. His responses have been edited for conciseness.

Why are you running for Town Board?

I would like to bring a little diversity to a Town Board that is five-to-nothing of a single party. All municipal governments work best when there’s a healthy discourse in a civil debate about the issues, and it would be great to have an occasional dissenting vote and someone that would perhaps raise a little more of an objection to certain things that are brought before the board.

What are your qualifications and skills?

I’m running because as a small-business owner I’ve had plenty of opportunity to understand how you need to be able to see both sides of an issue to be able to come to a satisfactory conclusion. You can’t come into any of these discussions with a pre-conceived notion. I’m a still-life photographer; I shoot product photography. [On projects] healthy negotiation means everyone feels they got what they needed out of the discussions. Part of my job is to understand the needs and goals of everyone involved.

I want to preserve the uniqueness of this town. My wife and I have been active with the Cold Spring Lions Club. We also take pride in is our river-sweep efforts. Supported by Lions Club members, we’ve partnered with Riverkeeper over the last few years to clean a lot of debris from the Hudson. I’m also on the board of an organization called the Friends of the American Revolution at West Point.

What two priority issues facing the Town Board in the next year are you most eager to tackle?

One thing that certainly made a big splash was the issue about [permits being required for] mass gatherings and private events. I understand that the expansion of that law is not intended to affect individuals having small gatherings, weddings and things of that nature. But I felt it was loosely written and allowed for the possibility of unintended consequences. In the future it would allow for the possibility of infringing on personal rights.

I was a little disappointed that despite the fact we had a standing-room-only crowd at the public hearing, none of the folks on the Town Board stood in opposition. I expect we’ll see that revisited and I would definitely like to make sure that it’s much more tightly defined and keep a sharp eye on any encroachments on personal-property rights.

If elected, I wouldn’t be looking hard to find new laws to pass. As things come up, I would be inclined to address them from the principles of a limited government and a more-personal-freedom perspective.

The idea of creating a Garrison Fire District is generating public debate. What is the best outcome for Philipstown residents?

I’m not opposed to the formation of a district but what I find a little bit disconcerting is the timing. The Town Board is going to appoint five commissioners who will set the initial budget. It’s asking a lot for a newly structured commission to have a short amount of time – we’re talking a couple of weeks or even less – to formulate a budget. We could have gotten the ball rolling in January and this board would have had a significantly longer period to get to the bottom of where that budget should be. I’d be able to speak to that issue as a taxpayer and resident of Garrison.

The proper handling of dirt roads remains an issue. Do you think the Town Board’s decision-making process has been fair? Has it allowed enough public input?

I agreed with what the Town Board did on that particular section of South Mountain Pass. It was a situation that cost us lot of money, and it’s an environmental problem. I’m not advocating paving one inch more than necessary to sustain the investment it takes to maintain those dirt roads. We need to look at all sides of the environmental issue. We have 10,000 folks in town and not many actually live on these roads, yet their taxes go toward maintaining them. And when year after year there’s a significant portion of our budget allocated to maintaining especially steep slopes, that’s a little unfair for people who never even travel these roads.

I know these folks [who opposed the South Mountain Pass paving] felt it was preordained. With some of these things that you kind of know are going to be controversial, why not propose them earlier in the year so they have more time to be discussed? That doesn’t hurt anybody.

What is the one overriding reason Philipstown residents should vote for you?

Adding a little diversity of thought is key. If it was five to nothing Republicans, I would vote for a Democrat. If the voters think diversity and tolerance of opinions that are a little bit different than their own, and choice, is important, I’m your guy. I love this town and I’m running because it’s part of the process; and if I wasn’t running there would be almost no point in even having an election.